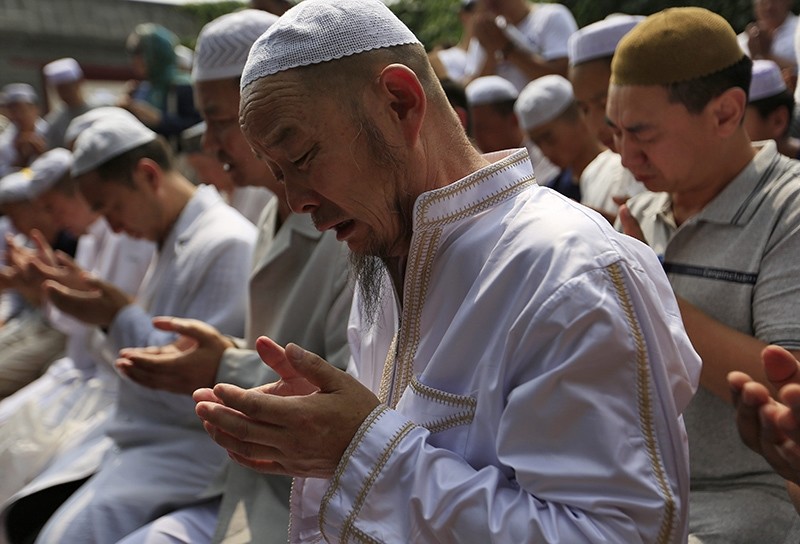 One of China's most popular online community for Muslims has been shuttered after posting a petition asking Chinese President Xi Jinping to stop his "brutal suppression" of activists, the letter's authors told AFP Wednesday.

Since 2003, the "Zhongmu Wang" website, or 2muslim.com, functioned as an "online network of Muslims sharing Islam", according to archived descriptions.

But as of Wednesday the site was inaccessible, showing only a message stating it was "under maintenance".

Two of its affiliated social media accounts were also unavailable, displaying messages that declared one account "abnormal" and the other "in violation of required guidelines".

China officially has more than 23 million Muslims, though some independent estimates say there may be as many as 50 million -- which would put China among the world's top 10 Muslim nations.

While China's constitution enshrines freedom of religious belief, authorities keep strict limits on it, recognising only five belief systems and seeking to control their messages.

The closure came after the posting of an open letter to Xi calling for a halt to the "brutal suppression" of activists and the immediate release of those still detained by the state, according to students who wrote the petition.

The letter criticised Xi for overseeing a crackdown on dissent since coming to power in 2012, with hundreds of lawyers, activists and academics detained and dozens jailed.

"In the next spring of China's new Jasmine Revolution, who will drive your tanks to crush us, the new generation of students after 1989?"

Yi Sulaiman Gu, a Muslim student studying in the US at the University of Georgia, told AFP the website shut the day after he posted the letter to a forum that had previously hosted sensitive discussions on issues such as China's persecution of Muslim dissidents.

"We believed it would be safe for Zhongmu to post it there," Gu said.

"The Chinese government is very unfriendly to the Muslims inside China, especially the Muslims in Xinjiang," Anthony Chang, a co-author of the letter completing his bachelor's degree at the University of Queensland in Australia, told AFP.