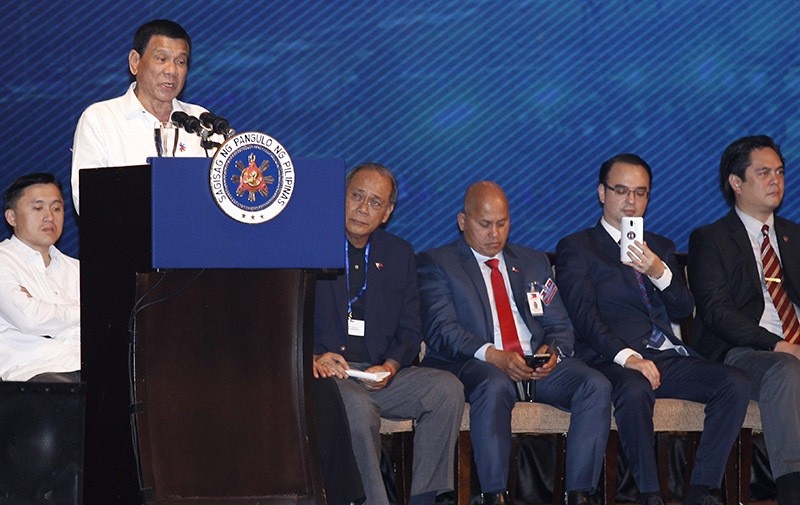 Duterte made the comments in a speech late on Monday night to businessmen as he discussed his campaign to eradicate illegal drugs, that has seen police and unknown assailants kill thousands of people since he became president on June 30.

After speaking about police killing suspects during the current crime war, Duterte said he led similar efforts when he was mayor of Davao, the major southern city that he ruled for most of the previous 20 years.

"In Davao I used to do it personally. Just to show to the guys (police) that if I can do it why can't you," Duterte said in his speech at the presidential palace.

"And I'd go around in Davao with a motorcycle, with a big bike around, and I would just patrol the streets, looking for trouble also. I was really looking for a confrontation so I could kill."

Duterte also responded to criticism from human rights groups and US President Barack Obama about his brutal anti-crime tactics, vowing to continue his crackdown.

"If they say that I am afraid to stop (the campaign) because of the human rights and guys from including Obama: Sorry, I am not about to do that," he said in English.

Duterte has variously denied and acknowledged his involvement in the death squads.

Similarly, Duterte as president has called on ordinary Filipinos as well as security forces to kill drug users and traffickers. But he has also said that he and his security forces would not break the law.

In October, Duterte compared himself to Adolf Hitler and said he would be "happy to slaughter" three million drug addicts.

He later apologised for the Hitler reference but said he was "emphatic" about wanting to kill the millions of addicts.

Since his election, police have reported killing 2,086 people in anti-drug operations. More than 3,000 others have been killed in unexplained circumstances, according to official figures.

Often masked assailants break into shanty homes and kill people who have been tagged as drug traffickers or drug users. Rights groups have warned of a breakdown in the rule of law with police and hired assassins operating with complete impunity.

Duterte has insisted that police are only killing in self-defence and gangsters are murdering the other victims.

But he has also said he will not allow any police to go to jail if they are found guilty of murder in prosecuting his crime war.