India arrests 20 over failure to stand for anthem 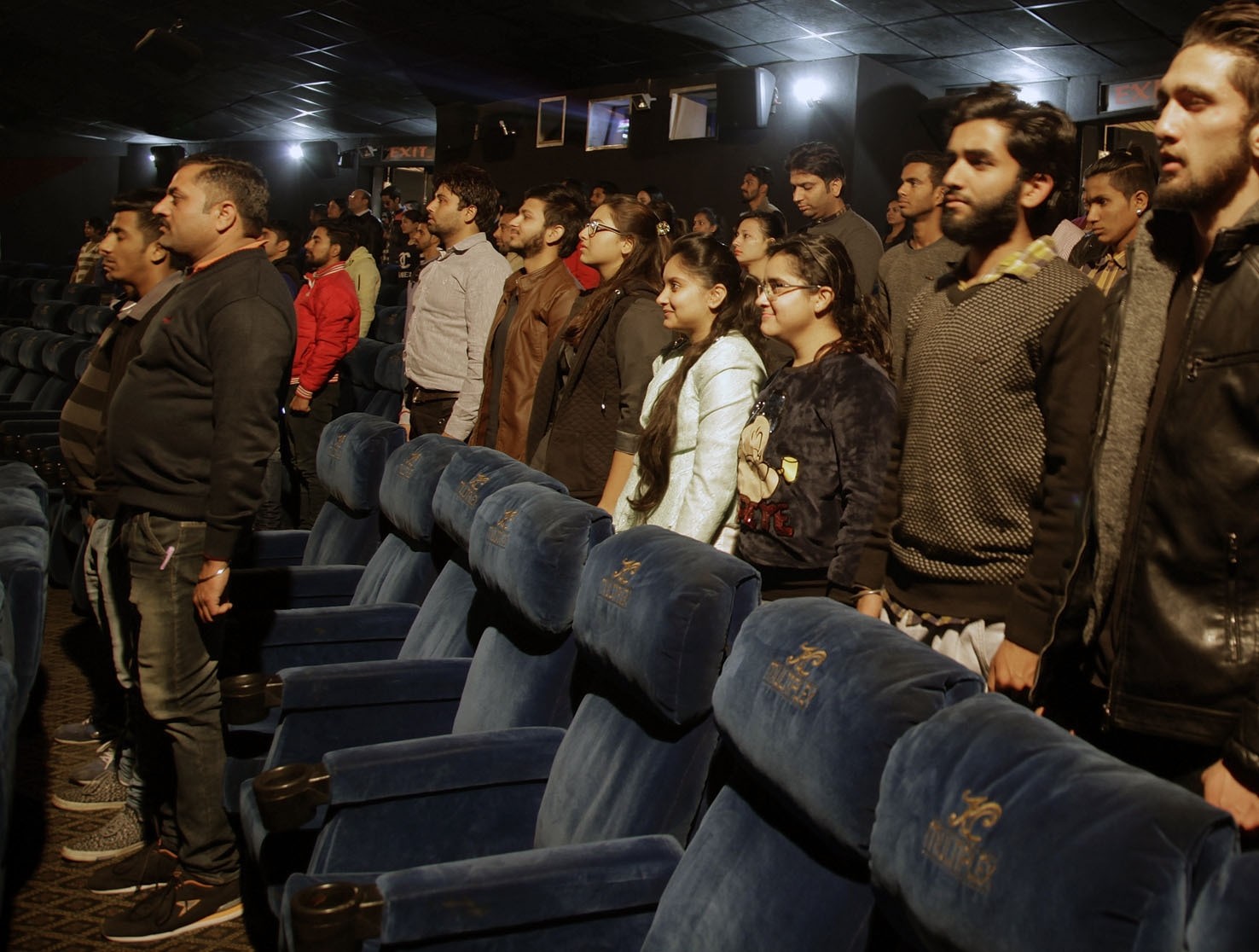 by Dec 14, 2016 12:00 am
Around 20 people have been arrested in India, accused of failing to stand for the national anthem in cinemas, police said Tuesday, two weeks after the country's top court made it compulsory.

The Supreme Court ruled on Nov. 30 that cinemas should play the national anthem before every screening, and that the audience should stand, drawing angry accusations of an assault on civil liberties.

Twelve people were arrested on Monday at an international film festival in the southern state of Kerala for failing to observe the order, police said.

They said the film-goers, who have not been identified, had refused to stand after being asked to do so by organizers and police.

Kumar said six of the 12 had been assaulted after refusing to stand, but that no charges would be brought against the attackers.

"We are yet to receive a complaint over the assault. There is no investigation in [that]incident," he told AFP by phone.

Another eight people were arrested on Sunday at a cinema in the southern city of Chennai after being assaulted by a group of 20 men during the interval for allegedly refusing to stand.

They were reportedly charged under the Prevention of Insults to National Honour Act and face up to three years in jail if found guilty.

The Supreme Court did not specify a penalty for failure to stand.

Kumar said the 12 cinema-goers arrested in his state had been charged with various related offences, including contempt of court.

Before the latest order, the playing of the national anthem was only compulsory in the western state of Maharashtra - home to the Bollywood film industry - and standing was optional.

There were however a number of reports of cinema-goers being attacked for failing to stand, even before the court gave its ruling.

In October, a wheelchair-user was assaulted in a Mumbai cinema by fellow members of the audience who apparently failed to realize he was disabled.
RELATED TOPICS