India’s new intercontinental ballistic missile can deliver a nuclear attack from 5,000 km away 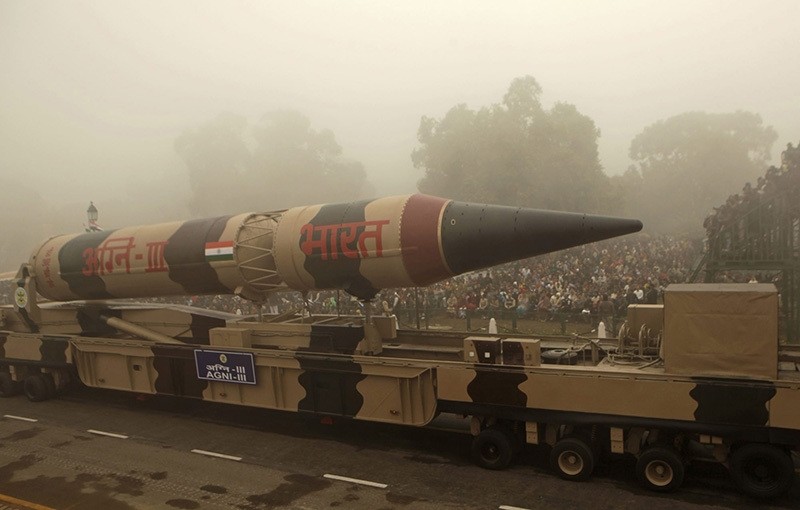 The missile is capable of hitting a target at more than 5,000 kilometers (3,107 miles) away with a one tone plus nuclear warhead.

The solid-propellant missile was launched from a test range on the Kalam Island in the Bay of Bengal off India's eastern coast, Defense Research and Development Organization spokesman Manish Bhardwaj said, at around 11 a.m. local time (0530 GMT).

The Agni V is said to be the most advanced locally-built missile, according to the radio. It has been tested three times since 2012 and is in its final trials before it is inducted into the Indian military arsenal.

The 17-metre Agni-5 weighs 50 tons and can carry a nuclear warhead across nearly all of Western Europe and China.

The Agni family of medium to long-range missiles are a key part of India's deterrent program aimed largely at regional rivals Pakistan and China.

Officials of the Defense Research and Development Organization, which designed and developed the missile, called the test "a wonderful moment" and "a huge success", according to The Hindu newspaper.

Indian Prime Minister Narendra Modi congratulated the organization and the scientists on the successful launch.

"The successful test firing of Agni V makes every Indian very proud. It will add tremendous strength to our strategic defense," Modi said in a statement.