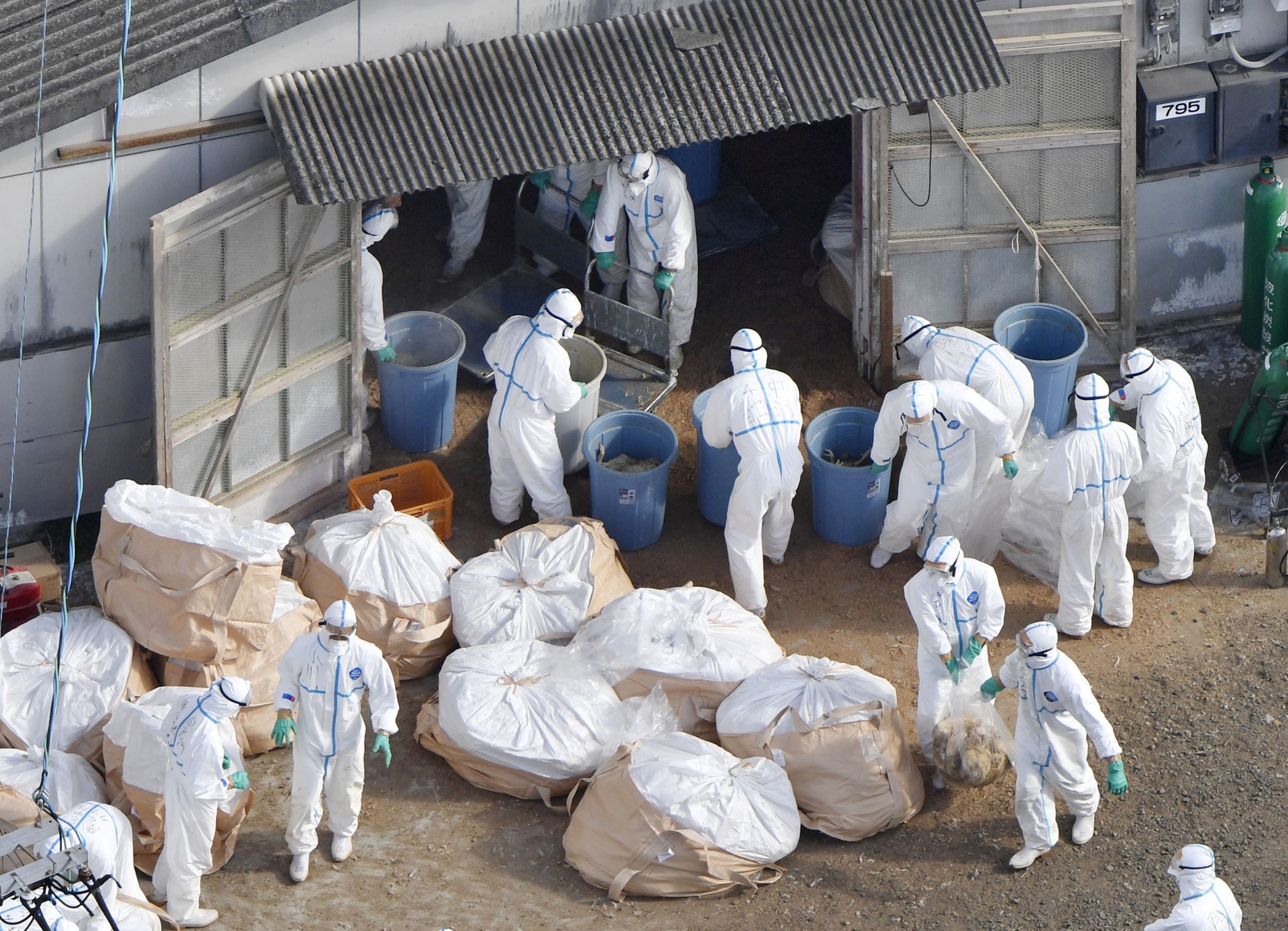 Some 26 million chickens have had to be killed in South Korea, officials said, to help combat the country's most serious ever bird flu epidemic.

Another 1.6 million birds will have to be culled within a single day, the South Korean agricultural ministry said on Monday.

The authorities have asked the military for help disinfecting bird farms.

More than 78 per cent of the chickens being slaughtered are kept for producing eggs, according to the ministry.

The government is planning to reduce import tariffs and subsidize imports from foreign countries in an effort to battle an egg shortage.

Bird flu is most likely to strike in winter and spring.

Farmers have in recent years increased cleaning, animal detention techniques and built roofs to cover hen pens to prevent infection from wild birds, among other steps, in an effort to stop the disease.

In the past two months, more than 110,000 birds have been killed following bird flu outbreaks, according to the Ministry of Agriculture. They did not lead to human infection.

The latest cases come as China and Japan have ordered the killing of tens of millions of birds in the past month, fuelling fears of a regional spread.