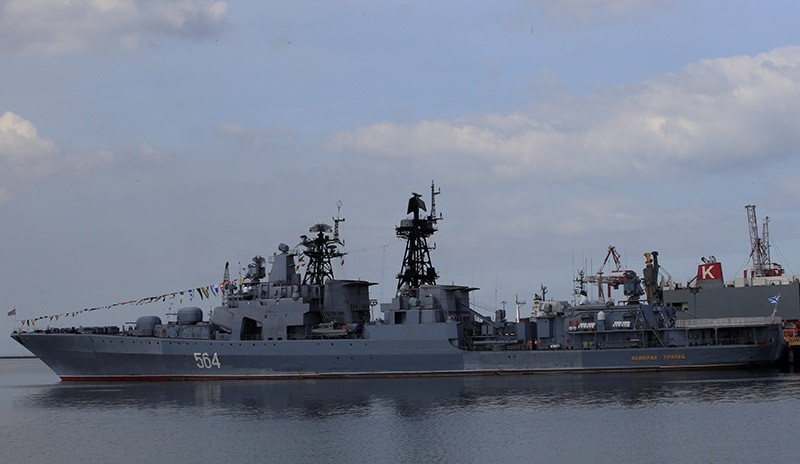 Two Russian Navy ships arrived in Manila on Tuesday for a goodwill visit amid President Rodrigo Duterte's moves to bolster ties with Moscow, including a possible weapons deal.

Rear Adm. Eduard Mikhailov, deputy commander of Russia's Pacific Fleet, said a wide range of equipment was brought on the anti-submarine ship Admiral Tributs and the sea tanker Boris Butomato to demonstrate to the Philippine military during the five-day visit.

"You can choose ... to cooperate with United State of America or to cooperate with Russia, but from our side we can help you in every way that you need," Mikhailov told reporters through an interpreter after a welcoming ceremony.

This week's visit will include meetings between naval officials, as well as the opening of the ships to the public and Russian tours of historical places in Manila.

Since becoming president in June, Duterte has had an uneasy relationship with the United State, saying he wants to boost ties with China and Russia — whose leaders he has met recently — as he revamps Philippine foreign policy.

China recently offered the Philippines $14 million worth military help to back Duterte's war on drug and fight on terror. The Philippines also adopted a more conciliatory stance on China's claims on the South China Sea.

The Philippines has depended heavily on the U.S., its treaty ally, for weapons, ships and aircraft for years, although it has turned to other countries for defense equipment as it has struggled to modernize its underfunded military in recent years.