At least 19 dead as boat capsizes in India: police 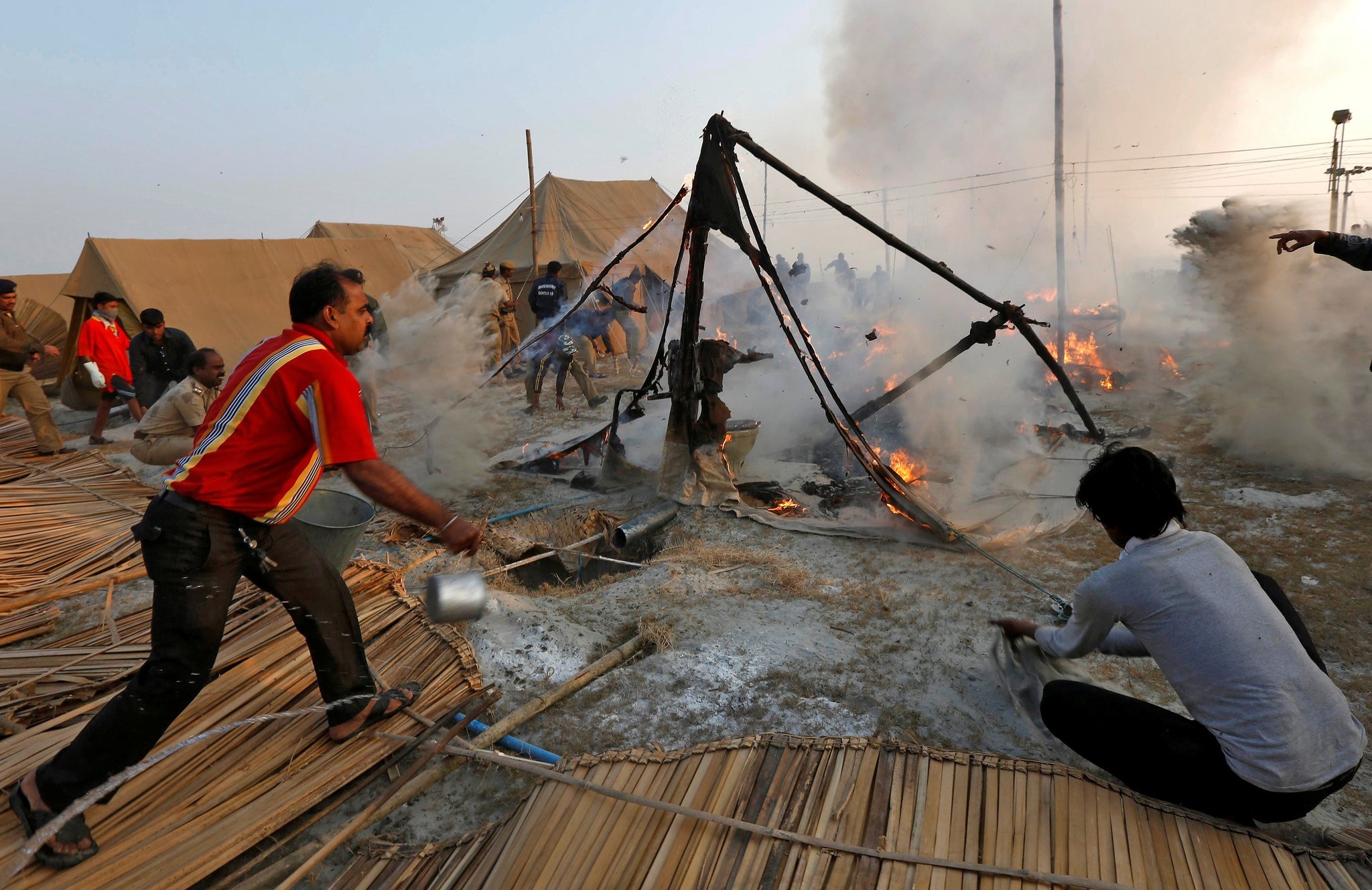 People throw water to extinguish fire that broke out in a tent on the banks of the river Ganges where hundreds of Hindu pilgrims had gathered for of ,Makar Sankranti, festival, in India. (REUTERS PHOTO)
by French Press Agency - AFP
Jan 14, 2017 12:00 am

At least 19 people died Saturday after a boat carrying some 40 revellers returning from a kite festival capsized in the Ganges river in eastern India, police said.

"We can confirm that 19 people have died. Rescue operations are on to find those still missing," Manu Maharaj, senior police superintendent, told AFP.

TV footage showed emergency workers searching for survivors in the waters as anxious family members waited on the shore.

The victims were travelling to take part in a Hindu religious festival near Patna, the capital of Bihar state.

Local media said the boat was packed beyond capacity with revellers attending the annual celebration organised by the state government.

State Chief Minister Nitish Kumar has ordered an inquiry into the accident.

Boat accidents are common in the country, mainly because of overcrowding, poor maintenance, lax regulations and a lack of life jackets and other safety equipment on board ferries.

Some 20 people died after a ferry capsized in a rain-swollen river in northeast India in September 2015.