Tensions flare between Trump and Beijing over one-China policy 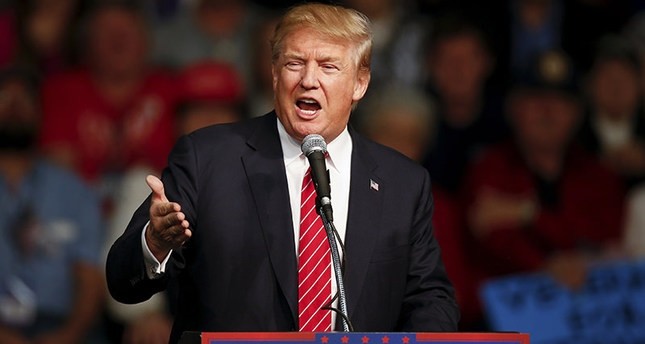 After President-elect Donald Trump's comments over the changes in the U.S.'s longstanding 'one-China' policy, China rebuked Trump for his latest suggestion, escalating tensions

Donald Trump received a congratulatory phone call from Taiwanese President Tsai Ing-wen on Dec. 2, 2016, thus becoming the first U.S. president to speak to a Taiwanese leader in decades. Beijing originally dismissed it as "small trick" but now it seems that the pressure on Trump to accept the "one-China" policy is increasing.

China's Foreign Mministry on Sunday again rejected Trump's suggestion that he might use American policy on Taiwan as a bargaining chip between the two sides. Spokesman Lu Kang said that the "one-China" policy is "non-negotiable."

Lu's statement underlined that Taiwan "is an inalienable part of China" and that the government of the People's Republic of China is the "only legitimate government" representing the country "which is an internationally recognized fact and no one can change it."

After a decades-long brutal civil war in China, the nationalist government of Chang Kai-Shek fled to the island of Taiwan, now a democracy, and established a new nation. Mao Zedong proclaimed the People's Republic of China in 1949 and ever since Beijing has considered Taiwan a rogue territory and part of China.The 1972 Shanghai Communiqué states, "The United States acknowledges that Chinese on either side of the Taiwan Strait maintain there is but one China and that Taiwan is a part of China. The United States does not challenge that position."

Now the one-China policy could be undermined. In an interview with the Wall Street Journal Donald Trump stated "everything is under negotiation, including one-China."

Trump also said in a television interview that he did not feel "bound by a one-China policy unless we make a deal with China having to do with other things, including trade." The interview is the latest indication that he will shake up the U.S.-China relationship, particularly on Taiwan, which China considers a core national interest.

During his campaign trail Trump criticized China on numerous occasions, mainly economically. He accused China of manipulating and "artificially devaluing their currency."

After attacking China repeatedly during his campaign, Trump has continued to disparage China on his Twitter account over its military build-up in disputed areas of the South China Sea, allegedly manipulating its currency to put American companies at a disadvantage, and not doing enough to curb North Korea's nuclear program. He has also announced that a new White House trade council will be led by economist Peter Navarro, a sharp critic of Chinese economic policy who wrote a book titled, "Death By China."

Trump told the Journal that he would not label China a currency manipulator as soon as he takes office, though he repeated his contention that China is manipulating the yuan. So far, Beijing has reiterated its refusal to negotiate on Taiwan and to push for positive cooperation between the two sides, though state-run media have run several strongly worded editorials attacking Trump.
RELATED TOPICS