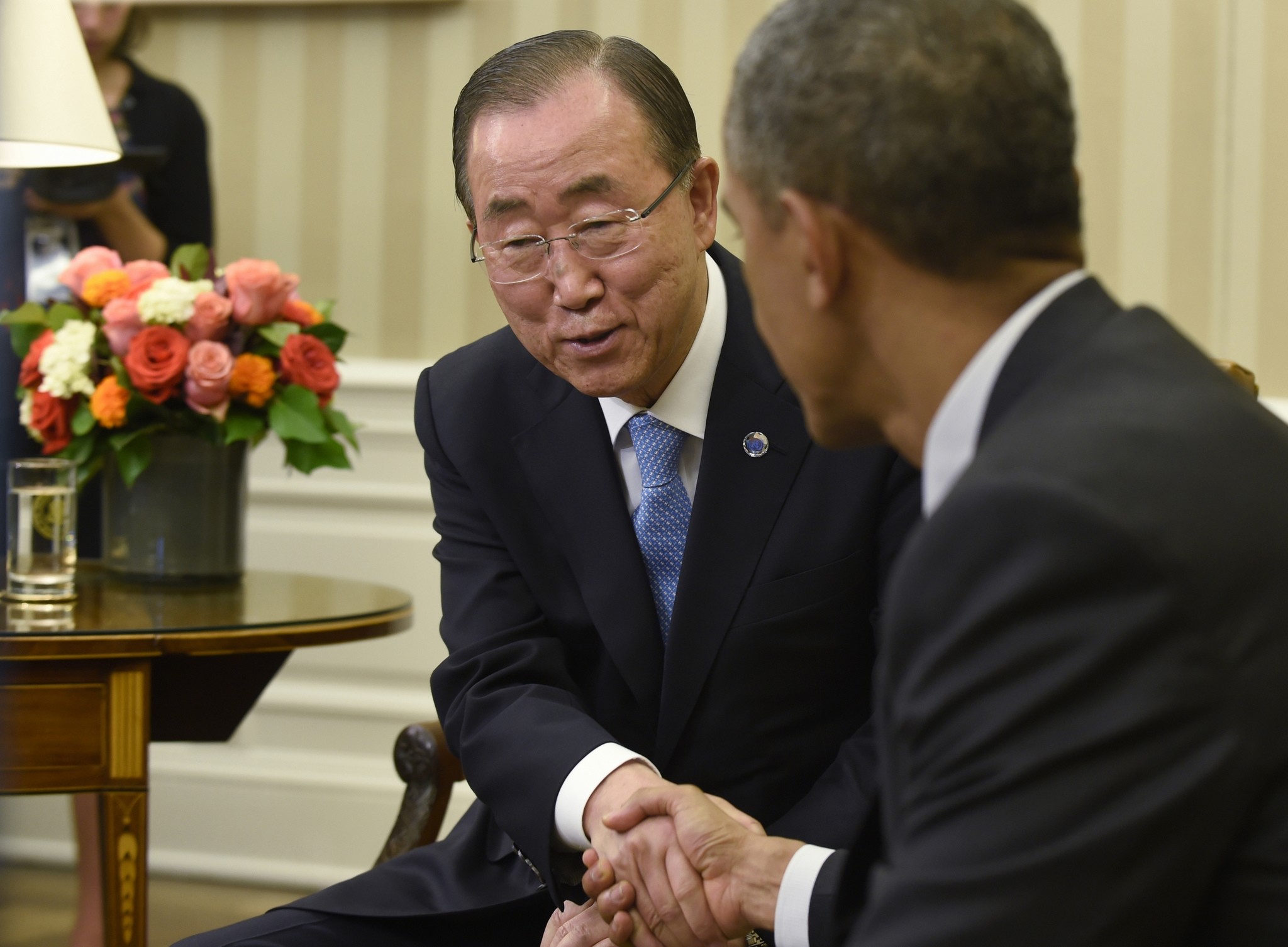 Former U.N. chief Ban Ki Moon talks with former U.S. President Barack Obama at the White House, in Washington. | Reuters Photo
by reuters
Jan 21, 2017 12:00 am
The U.S. government has asked South Korea to arrest a brother of former U.N. Secretary-General Ban Ki-Moon on charges that he engaged in a bribery scheme to carry out the sale of a Vietnamese building complex, a federal prosecutor said on Friday.

During a court hearing in federal court in Manhattan, Assistant U.S. Attorney Daniel Noble said that a request had been made for the arrest of Ban Ki-sang, who was an executive at South Korean construction firm Keangnam Enterprises Co Ltd.