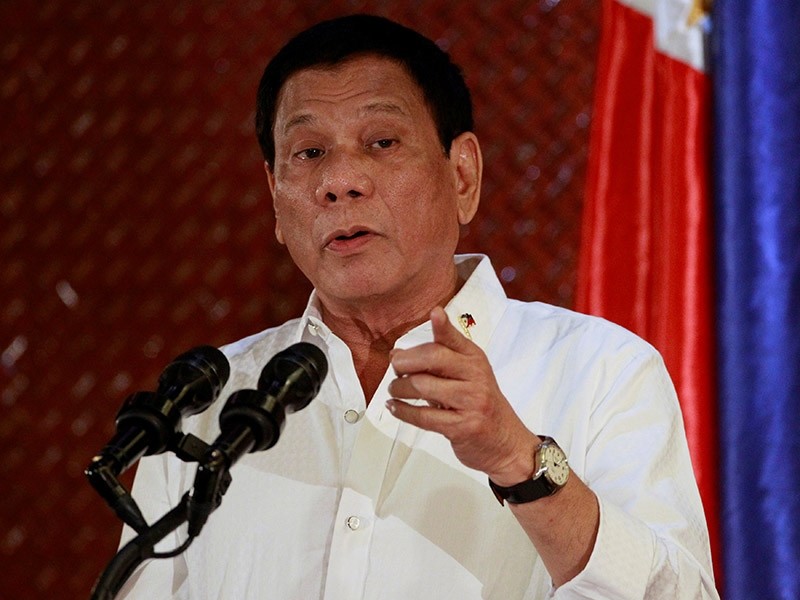 The Philippines' controversial President Rodrigo Duterte, known for his extrajudicial killings of drug dealers, insulted on Tuesday the Catholic Church, which he blamed for being corrupt.

In a video which surfaced on Tuesday, the Philippino president says , ''I challenge the Catholic Church, you are full of sh*t'' during his speech in Malacanang, the Philippines, while talking to the families of the Special Action Forces who died in Mamasapano in 2015.

During his speech, Duterte blamed the Church for sinful acts.

He also attacked Bishop Emeritus Teodoro Bacani, former head of the Diocese of Novaliches, claiming that Bacani had two wives, like him.

Duterte has encouraged law enforcers to be hard on criminals and has assured them he would back them and pardon them if they are convicted of committing human rights violations while battling criminals.

Masked assailants break into shanty homes and kill people who have been tagged as drug traffickers or drug users.

Rights groups have warned of a breakdown in the rule of law with police and hired assassins operating with complete impunity.

Duterte has insisted that police are only killing in self-defence and gangsters are murdering the other victims.

Catholic Church's officials are known for their bitter criticisms of Duterte's policies in the Philippines. An estimated 80 percent of the Phillipines' population is Roman Catholic.