China lashes out after US backs Japan in islands dispute 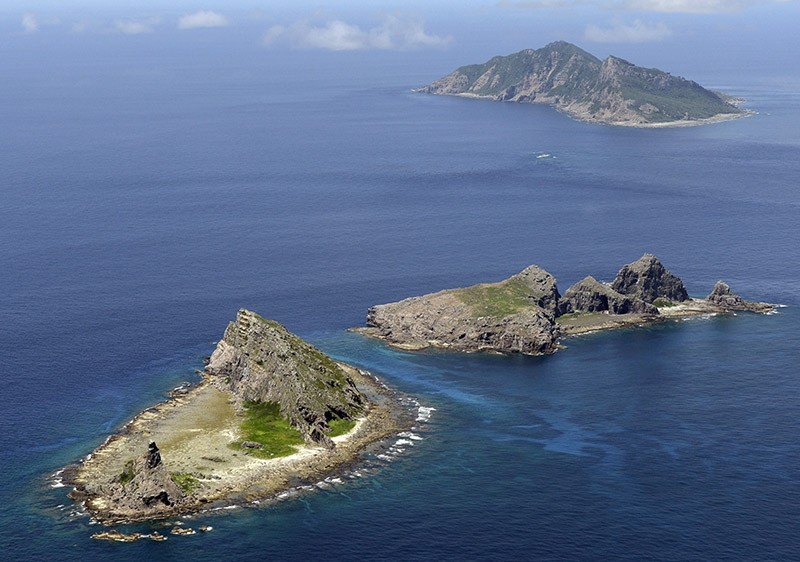 A view of the tiny islands in the East China Sea, called Senkaku in Japanese and Diaoyu in Chinese, which are claimed by both Japan and China. (AP File Photo)
by Associated Press Feb 05, 2017 12:00 am

The U.S. is putting regional stability in East Asia at risk, a Chinese spokesman said, following remarks by President Donald Trump's defense secretary that a U.S. commitment to defend Japanese territory applies to an island group that China claims.

Chinese Foreign Ministry spokesman Lu Kang on Saturday called on the U.S. to avoid discussion of the issue and reasserted China's claim of sovereignty over the tiny uninhabited islands, known in Japanese as the Senkaku and Chinese as Diaoyu.

The 1960 U.S.-Japan treaty is "a product of the Cold War, which should not impair China's territorial sovereignty and legitimate rights," Lu was quoted as saying in a statement posted on the ministry's website.

"We urge the U.S. side to take a responsible attitude, stop making wrong remarks on the issue involving the Diaoyu islands' sovereignty, and avoid making the issue more complicated and bringing instability to the regional situation," Lu said.

On his first trip to Asia as secretary of defense, Mattis explicitly stated in Tokyo that the Trump administration will stick to the previous U.S. stance that the U.S.-Japan security treaty applies to defending Japan's continued administration of the Senkaku islands.

The islands that lie between Taiwan and Okinawa were under U.S. administration from the end of World War II until their return to Japan in 1972. China cites historical records for its claim, and Japan's move to nationalize several of the islands in 2012 set off anti-Japanese riots in China and prompted the government to dispatch ships and planes to the area around them as a challenge to Japanese control.

China also registered its displeasure with Mattis' remarks Friday in South Korea that Trump's administration is committed to carrying through on a deal the Obama administration reached with the Seoul government last year to deploy a high-end U.S. missile defense system to South Korea this year.

The Terminal High-Altitude Area Defense, or THAAD, is meant to improve protection of South Korea and Japan — as well as U.S. troops stationed in both countries — against a North Korean missile attack.

Beijing objects to the system because its powerful radar would allow it to peer deep into northeastern China, possibly allowing it to observe Chinese military movements.

At a Friday news conference, Lu said China's "resolute opposition to the deployment ... remains unchanged and will not change."

The deployment "will jeopardize security and the strategic interests of regional countries, including China, and undermine the strategic balance in the region," Lu said.

Chinese officials and scholars say they anticipate further turbulence in relations with the U.S. under Trump. The president sparked anger among Chinese following his election when he broke with decades of diplomatic protocol by talking on the phone with the president of Taiwan, the self-governing island democracy that Beijing considers its own territory.

Trump has also raised concerns with criticism of China's military buildup in the South China Sea, accusations of currency manipulation and unfair trade policies and allegations that Beijing was doing too little to pressure its communist neighbor North Korea.

In a lighter moment, however, Chinese media and internet users praised an appearance by Trump's daughter Ivanka and granddaughter Arabella Kushner's visit to the Chinese Embassy in Washington on Wednesday to attend Lunar New Year festivities. A video clip of Arabella singing a song of holiday greetings also set alight China's internet.