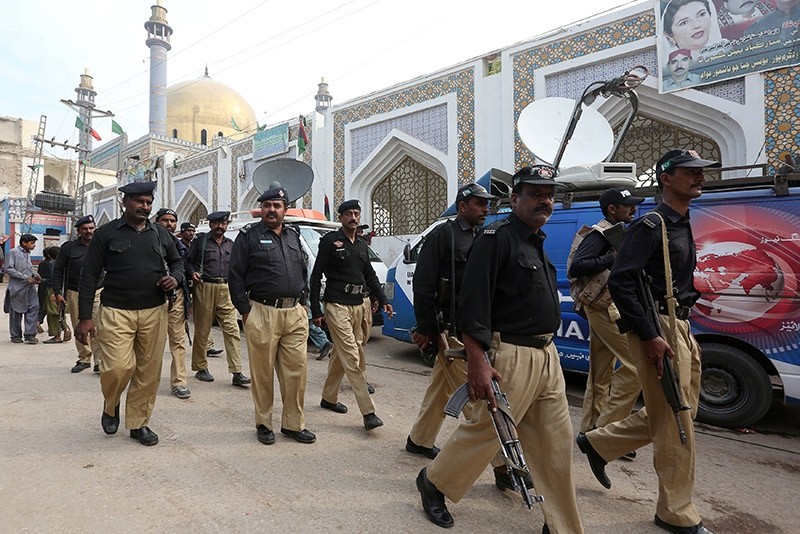 Overnight clashes in countrywide operations across Pakistan following a suicide attack at a famed Sufi shrine in the country's south resulted in the deaths of at least 39 suspected militants, security officials said Friday.

The clashes came amid a fresh wave of terror attacks that have killed at least 100 people, including more than 70 in a Daesh-claimed suicide attack on a Sufi shrine in Sehwan, Sindh province.

In Karachi, paramilitary Rangers returning from helping in the clear-up operation in Sehwan, 300 kilometers (185 miles) from the commercial hub, came under attack in two incidents.

A Rangers spokesman said 18 suspected terrorists were killed and two Rangers were injured.

Operations in Peshawar and Quetta near the Afghan border and Dera Ismail Khan, in Khyber-Pakhtunkhwa province, resulted in 11 other militant deaths.

The army also said cross-border attacks on a checkpoint saw an unknown number of attackers killed.

Three security officials say the overnight raids also led to the arrest of 47 suspects, including some in Sindh province where the attack on the shrine happened the previous day.

They say the raids targeted militant hideouts and led to shootouts with insurgents.

The officials spoke on condition of anonymity on Friday because they were not authorized to talk to reporters about the security operations.

Tehrik-e-Taliban Pakistan, an umbrella group of Pakistani militants, has unleashed a renewed wave of terror attacks in the last six days which has led to Pakistan closing its border with Afghanistan.

The Pakistani military said Friday it has handed over to Kabul a list of 76 suspected "terrorists" hiding in neighboring Afghanistan, demanding an immediate action by Afghan authorities and the suspects' extradition to Islamabad.

A statement from the military says the list was given to Afghan officials at the Pakistani army's sprawling headquarters in the garrison city of Rawalpindi on Friday.

The military did not specify who was on the list, but it has long claimed that the head of Pakistani Taliban, Mullah Fazlullah, and other militants are hiding on Afghan soil with the purpose to foment violence inside Pakistan.

Afghanistan and Pakistan often accuse each other of harboring militants who operate across the porous border between the two countries.