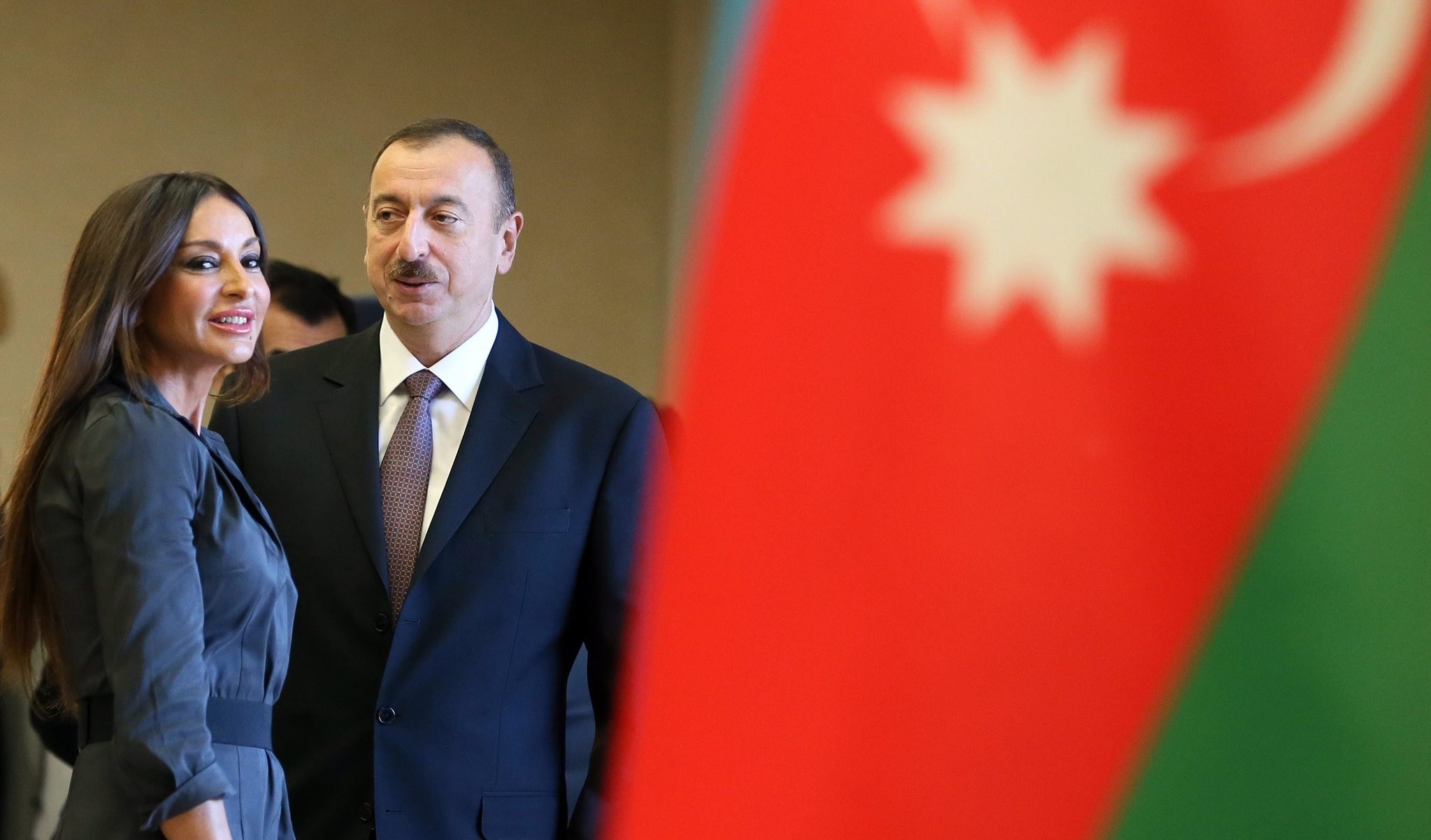 Azerbaijan's President Ilham Aliyev (C) looks at his wife Mehriban Aliyeva (L) as they pose for the media. (EPA Photo)
by Compiled from Wire Services Feb 21, 2017 12:00 am

President Ilham Aliyev appointed his wife as the country's first vice president Tuesday, according to an official statement from the presidency.

The elevation of Mehriban Aliyeva -- a prominent socialite and lawmaker -- sees her now become the country's second most senior official after her husband.

Aliyeva, 52, has been an MP for the ruling Yeni Azerbaijan party since 2005 and head of the influential Heydar Aliyev Foundation -- named after her father-in-law and former president.

"I believe that I will justify this confidence," she said at the security council meeting. "The interests of the country and people will always come above all else for me."

Azerbaijanis voted to amend the country's Constitution on Sept. 26, 2016. The amendments created new leadership positions, including a first vice presidency and a number of deputy presidents.

The president's term was also extended from five to seven years.