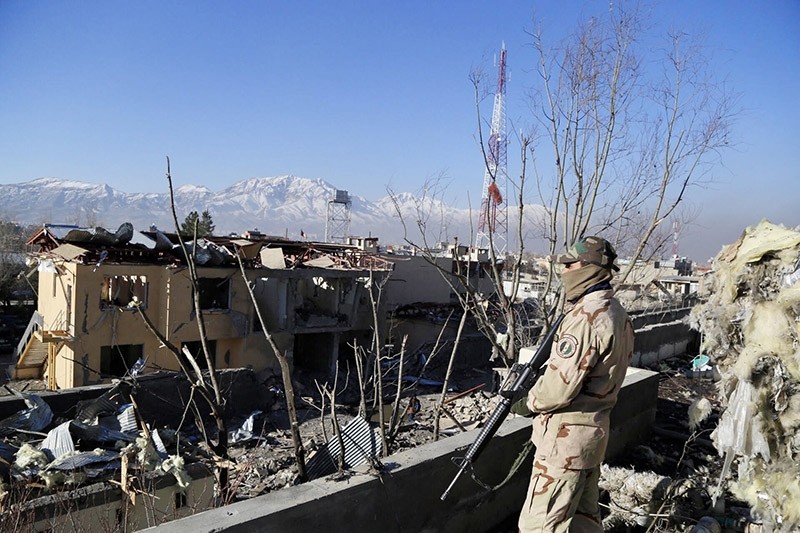 Afghan security officials secure the site of a bomb blast that targeted the district police headquarters after an overnight attack by the Taliban in Kabul, Afghanistan. (EPA File Photo)
by Mar 06, 2017 12:00 am

At least five Pakistani soldiers and ten militants died in terrorist attacks along the Pakistan-Afghanistan border on Sunday night, the Pakistan army has confirmed.

Terrorists from Afghanistan targeted three border posts in the north-western Mohmand Agency in the attacks, the statement said.

Pakistan closed its border crossings with Afghanistan more than two weeks ago, after a series of terrorist attacks across the country.

The country accuses Afghanistan of harbouring Pakistani radical groups. Many of these fled Pakistan after the army stepped up its efforts to fight terrorism.

The military in the past two weeks also carried out shellings of areas on the Afghan side of the border where it assumes extremists have set up camp.

Army chief General Qamar Javed Bajwa said "terrorists are [a] common threat and must be denied freedom of movement [and] action along the border."

The army chief also emphasized the need for the physical presence of Pakistani troops on the Afghan side of the border.

Afghanistan's Ambassador to Pakistan, Omar Zakhilwal, said onSaturday he will urge his government to arrange special flights to airlift Afghan nationals stranded in Pakistan, if the border is not opened within two days.

Zakhilwal had earlier advised Afghan nationals to avoid unnecessary travel to Pakistan even after the border between the two countries is re-opened.