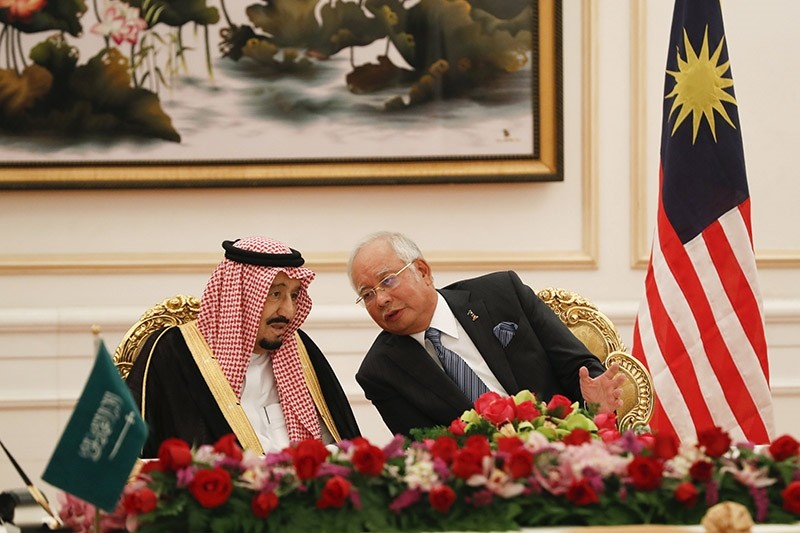 The king visited Malaysia on Feb. 26 as part of a month-long Asia tour.

"They were planning to attack Arab royalties during their visit to Kuala Lumpur. We got them in the nick of time," Inspector General of Police Khalid Abu Bakar told reporters.

Two of the seven were planning to launch a large-scale attack using a "vehicle-borne improvised explosive device".

On Sunday, Malaysia said it had arrested one Malaysian and six foreigners - one Indonesian, four Yemenis and one East Asian- between Feb. 21 and 26 for suspected links to militant groups including Daesh.

Malaysia has arrested hundreds over the last few years for suspected links to militant groups.

The Southeast Asian nation has been on high alert since suicide bombers and gunmen linked to Daesh launched multiple attacks in Jakarta, the capital of neighboring Indonesia, in January 2016.

A grenade attack on a bar on the outskirts of Kuala Lumpur in June last year wounded eight people. Islamic State claimed responsibility for the attack.

Salman was in the capital Kuala Lumpur with a 600-strongdelegation before leaving for Indonesia.