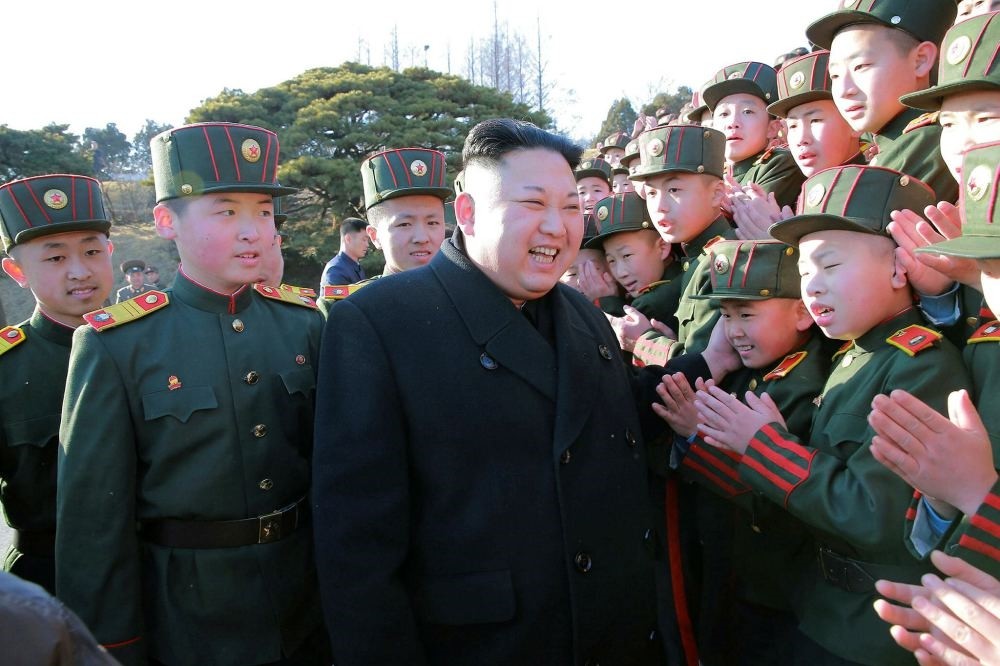 The launch of four ballistic missiles by North Korea has led to regional tension, while China suggests that South Korea and the United States were partly to blame

North Korea fired four banned ballistic missiles that flew about 1,000 kilometers (620 miles) on average, with three of them landing in waters that Japan claims as its exclusive economic zone, South Korean and Japanese officials said. The test-launches appeared to be in reaction to huge U.S.-South Korean military drills that Pyongyang insists are an invasion rehearsal.

It was not immediately clear the exact type of missile fired, but the tests will be viewed as a provocation by the Trump administration, which is working on its policy for North Korea. The New York Times reported over the weekend that the United States still can't effectively counter Pyongyang's actions despite efforts to perfect cyber and electronic strikes against North Korea's missile program.

China called for restraint after North Korea test-launched four ballistic missiles, criticizing the move but also suggesting that South Korea and the United States were partly to blame. "China is opposed to the DPRK's launches in violation of the UN Security Council resolutions," foreign ministry spokesman Geng Shuang told a regular press briefing, using the initials of the North's formal name.

"Under current circumstances, relevant parties should exercise restraint and avoid anything that would provoke each other or heighten regional tensions."

The launch comes at a sensitive time as China's political elite gather in Beijing for the country's annual legislative meeting. China, North Korea's sole major ally and main trade partner, has come under pressure to do more to rein in Pyongyang. Last month it announced a suspension of coal imports from the North following an earlier rocket launch and the assassination in Malaysia of the brother of the North's leader Kim Jong-Un. The halt infuriated Pyongyang and its state media carried unusual criticism of Beijing for "dancing to the tune of the US."

"Definitely, we are seriously worried - these are the sort of actions that lead to a rise in tension in the region and of course in this situation, traditionally, Moscow calls for restraint from all sides," Peskov told a conference call with reporters.

U.S. national security adviser H.R. McMaster and his South Korean counterpart Kim Kwan-jin talked by phone after the missile firings. The two condemned the launches and agreed to boost cooperation to get the North to face more effective sanctions and pressure, according to South Korea's presidential office.

Japanese officials said three missiles landed in the 200-nautical-mile offshore area where Tokyo has sovereign rights for exploring and exploiting resources. It's the third time that North Korean missiles have fallen in Japan's exclusive economic zone, beginning last August. Japanese leaders see the launches into nearby waters as a growing threat.

U.S. State Department spokesman Mark Toner said, "We remain prepared — and will continue to take steps to increase our readiness — to defend ourselves and our allies from attack, and are prepared to use the full range of capabilities at our disposal against this growing threat."

Seoul and Washington call their military drills on the Korean Peninsula, which remains in a technical state of war because the 1950-53 Korean War ended with an armistice and not a peace treaty, defensive and routine. The United States has 28,500 troops stationed in South Korea, and 50,000 in Japan, as a deterrent against a potential aggression from the North.
RELATED TOPICS