20,000 refugees flee from Myanmar to China 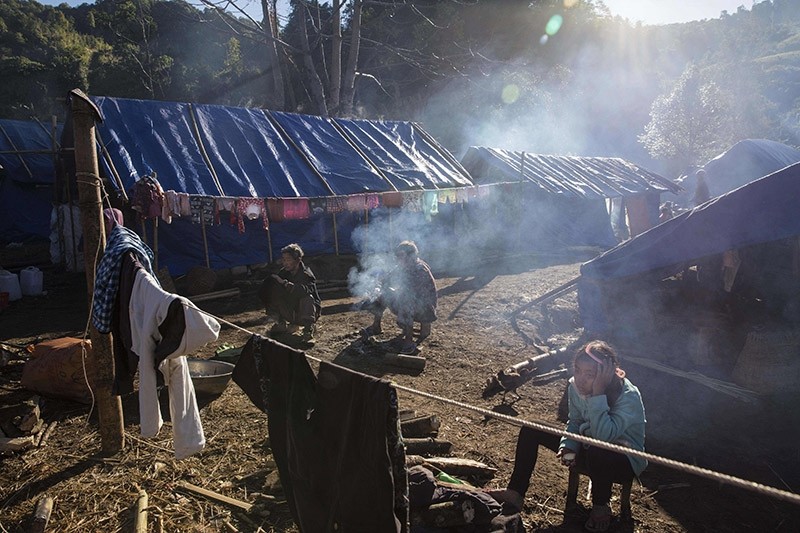 More than 20,000 people from Myanmar have fled across the border into China, the Chinese government said Thursday, following months of violence between ethnic rebel groups and government forces, including fighting this week that killed at least 30 people.

Chinese Foreign Ministry spokesman Geng Shuang said China is calling for an immediate cease-fire, and that authorities in the border area have offered shelter and assistance to the refugees.

"We condemn the conflict which brought disaster to innocent people," Geng told a regular news briefing.

This week, the Myanmar government said at least 30 people were killed in fighting triggered by a pre-dawn attack by an ethnic rebel group. It said the attack by the Myanmar National Democratic Alliance Army on the government-controlled town of Laukkai killed five policemen and five civilians.

Geng said China is highly concerned about the situation. "We call on all warring factions to be restrained, cease fire immediately, refrain from stoking up the clash and restore peace and stability to the border area with effective measures as soon as possible," he said.

This week's fighting was the most dramatic recent violence in the area, where the government and rebels have been contending for territory. Similar fighting has been taking place further north in Kachin state involving other ethnic rebel groups. The rebels say they are countering attacks by the government.

Fierce fighting between the government and the rebel group, which represents the Kokang, an ethnic Chinese minority, last occurred in 2015, sending tens of thousands of civilians fleeing across the border into China.

The Myanmar National Democratic Alliance Army is led by ethnic Chinese Peng Jiasheng, who once was chief of the officially sanctioned Kokang administrative zone but was ousted from power in 2009. The rebel army was formed from the remnants of the Communist Party of Burma, a once-powerful Chinese-backed guerrilla force that fought against the Myanmar government in the 1960s and 1970s.