Tensions between US, China soar over North Korea missile tests 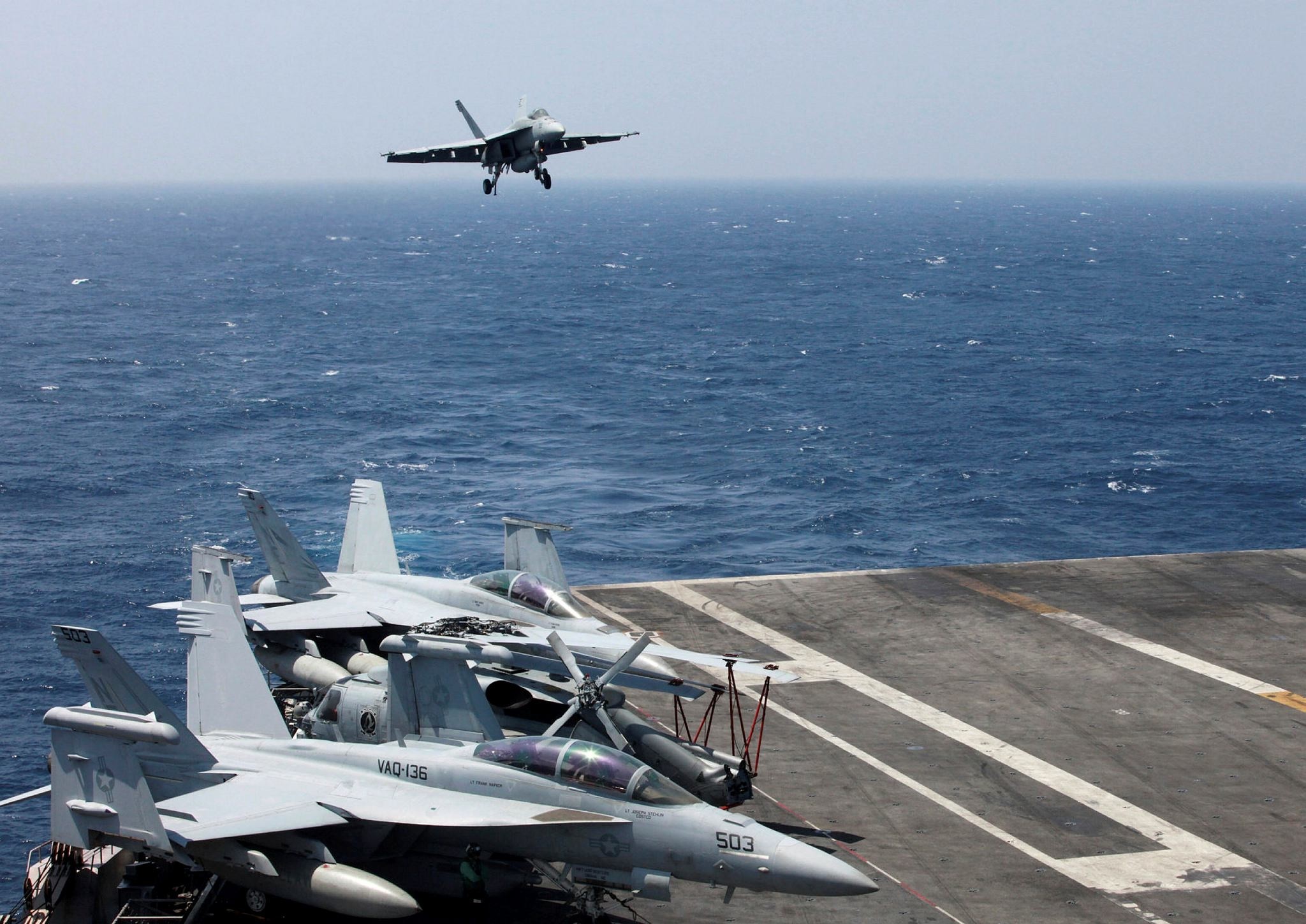 A F18 fighter jet lands on the U.S. Navy aircraft carrier USS Carl Vinson (CVN 70) following a patrol off the disputed South China Sea on March 3.
by Compiled from Wire Services Mar 09, 2017 12:00 am

North Korea missile tests add to strains in the high-stakes relationship between Washington and Beijing. This could further complicate cooperation between the two world powers in combating something they both oppose, North Korea's nuclear program

China, fearing a rapid escalation of tension on the Korean peninsula, called on North Korea on Wednesday to stop its nuclear and missile tests and for South Korea and the United States to stop joint military drills and seek talks instead. North Korea's missile test seems to further complicate the bilateral relationship between China and the U.S.

The United States is starting to deploy a missile defense system in South Korea which the allies say is needed to defend against North Korea, but which China also views as a threat. If China was hoping for a concession from the U.S. after recently suspending coal imports from cash-poor North Korea it got the opposite.

The U.S. military said Tuesday it has started bringing in equipment for the deployment of the Terminal High-Altitude Area Defense system, or THAAD. It says the system is designed to intercept and destroy short and medium-range ballistic missiles during the last part of their flights.

China is concerned that THAAD has powerful radar that could track Chinese missiles and weaken its deterrence against the United States. Beijing said Tuesday it will take "necessary measures" to protect itself and warning that the U.S. and South Korea should be prepared to bear the consequences.

China has already exerted pressure on some South Korean commercial interests, but it remains unclear how the deployment will impact ties with Washington, which insists China is not targeted by THAAD. U.S.-based experts say that Chinese concerns are exaggerated, if not entirely unwarranted.

The U.S. move on missile defense follows North Korea's launch this week of four ballistic missiles into the ocean off Japan in response to annual U.S.-South Korean military drills. Washington and Seoul say the system is defensive and not meant to be a threat to Beijing. China is opposed to the system, saying it would allow U.S. radar to peer deep into its territory and monitor its flights and missile launches.

China has been stepping up pressure on North Korea, its once-close Communist ally, to give up its nuclear and ballistic missile programs. Last month, Beijing suspended all coal imports from North Korea for the rest of the year, a move that deprives the North of an important source of foreign currency. Beijing wants the U.S. in return to restart long-stalled negotiations with North Korea.

China is isolated North Korea's most important supporter, but China has been angered by its repeated missile and nuclear tests and has signed up for increasingly severe U.N. sanctions against Pyongyang, including suspending coal imports. However, China has also rejected accusations from U.S. President Donald Trump that it could be doing more, saying the problem was ultimately between the United States and North Korea.

Trump spoke with Japanese Prime Minister Shinzo Abe and acting South Korean President Hwang Kyo-ahn after Monday's missile tests, with Abe later saying the threat from North Korea had "entered a new phase". North Korea's missile and nuclear tests are seen as a growing test of resolve for Trump, who had vowed to get tough on Pyongyang, and his aides are pressing to complete a strategy review of how to counter the threats. North Korea remained typically defiant. North Korean diplomat Ju Yong Choi told the U.N.-backed Conference on Disarmament in Geneva on Tuesday that the annual U.S.-South Korean drills were "a major cause of escalation of tension that might turn into actual war."