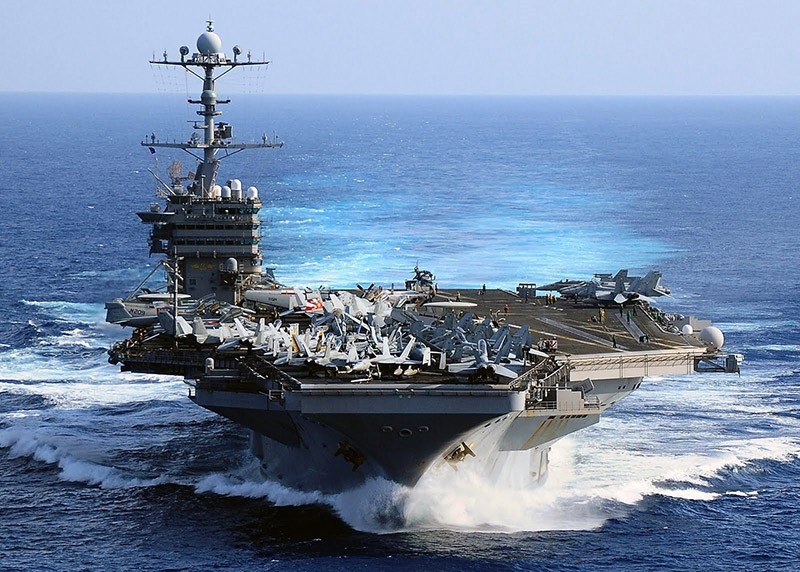 The Japanese and US navies are conducting joint drills in the East China Sea as tension intensifies in the region following North Korea's missile tests, local media reported on Friday.

The Sankei said the drill was aimed at issuing a warning against nuclear-armed North Korea.

But is added the exercise was also meant to display the joint Japan-US military presence in the East China Sea, where Japan and China are locked in a long-running dispute over uninhabited islets.

In Japan they are known as the Senkakus, while China claims then as the Diaoyus.

Successive US administrations have assured Japan that the islands fall under their security treaty, meaning if they are attacked the US will defend them.

Japan's defence ministry would not comment on the reports while the US Navy in Japan said it was checking on them.

The reported exercise comes after North Korea launched four ballistic missiles on Monday, with three landing provocatively close to Japan, which the US is obligated to defend under a security treaty.

Pyongyang has claimed the launch was a training exercise for a strike on US bases in Japan and supervised by leader Kim Jong-Un.

The nuclear-powered aircraft carrier USS Carl Vinson is expected to join the South Korea-US drills after finishing the exercise with Japan, the Sankei said.

The two sets of drills come as US Secretary of State Rex Tillerson is set to visit South Korea, Japan and China next week for his first trip to the region since he became Trump's top diplomat.

The US Pacific Command said Monday that the Americans had begun deploying the THAAD anti-system to South Korea, which is designed to defend the US ally from a North Korean attack.

The deployment has outraged Pyongyang ally China, which strongly opposes it as a challenge to its security ambitions in the region.

China responded that it was "firmly opposed" to the deployment and vowed to "resolutely take necessary measures" to defend its security interests.

China has argued that the deployment would further destabilise the situation on the Korean peninsula.