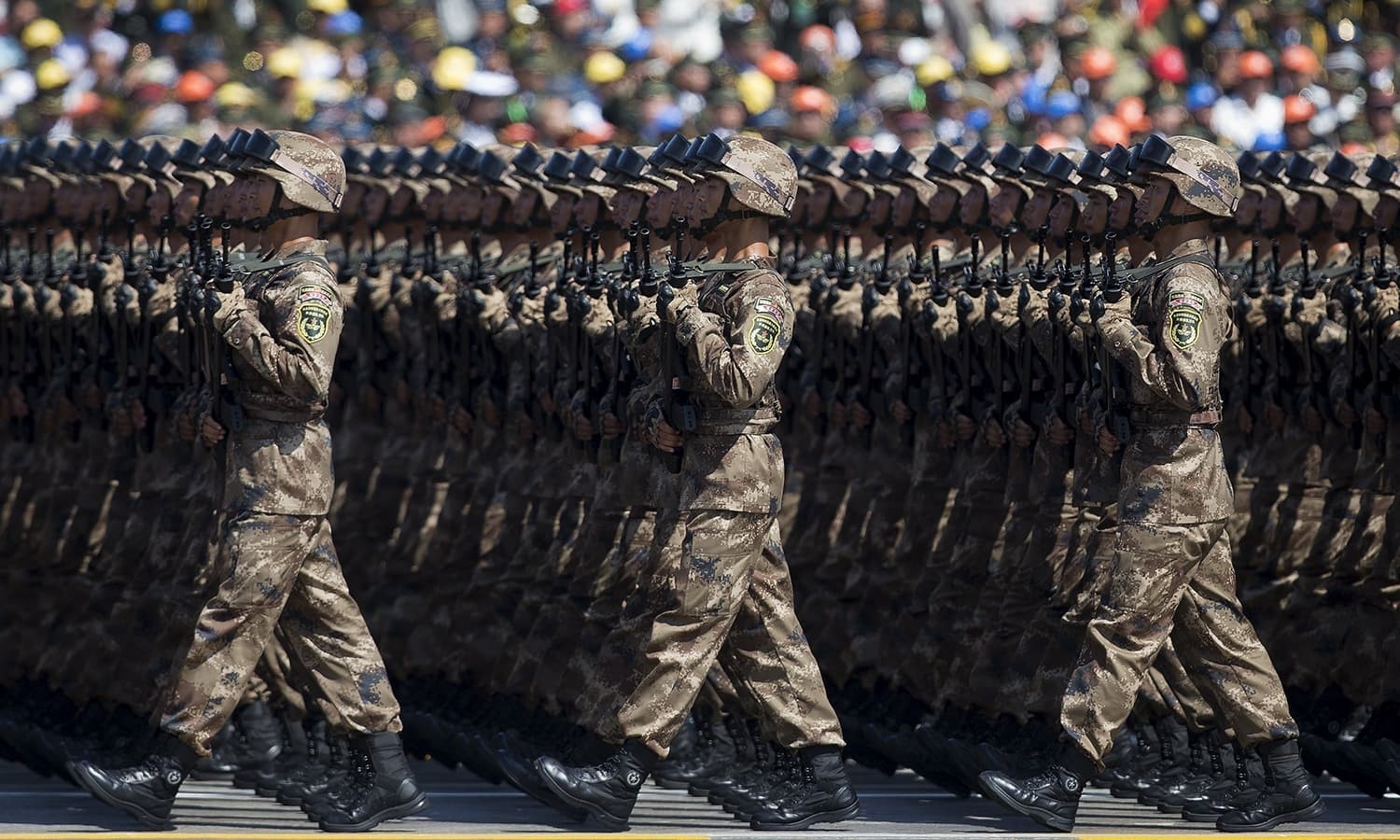 Chinese soldiers march during a military parade to commemorate the 70th anniversary of the end of WWII. (REUTERS Photo)
by Daily Sabah with Agencies Apr 13, 2017 12:00 am
China has reportedly ordered its army to be on nationwide alert and deployed 150,000 troops to the North Korean border as a U.S. armada is on its way to Korea to possibly shut down Pyongyang's nuclear program.

According to China's state-owned newspaper, Global Times, unconfirmed reports said that 150,000 troops including medical teams had amassed at the border over mounting concerns that North Korea will use a national commemoration on the weekend to conduct a sixth nuclear test.

Saturday is the 105th anniversary of the birth of Kim Il-sung, North Korea's founding father and grandfather of the current ruler.

A military parade is expected in Pyongyang to mark the day and North Korea often marks important anniversaries with tests of its nuclear or missile capabilities.

This year North Korean officials, including leader Kim Jong Un, have repeatedly indicated an intercontinental ballistic missile test or something similar could be coming, possibly as soon as April 15, the 105th birthday of North Korea's founding president.

North Korea has so far conducted five nuclear tests, two of them last year, and is working to develop nuclear-tipped missiles that can reach the United States, presenting Trump with perhaps his most pressing security headache.

A possible Chinese intervention would be welcomed by Trump, who wants China's help to crack down on North Korea's nuclear program.

Trump on Wednesday made his final call to China, saying that the U.S. was prepared to tackle the crisis surrounding North Korea without China if necessary.

However, Beijing seems to be showing a significant shift in its policies; in a surprise move, the country abstained rather than joining Russia in vetoing a U.N. Security Council resolution condemning the reported use of chemical weapons in a town in Syria.

U.S. President Donald Trump had launched a retaliatory missile strike on Syria's Al Shayrat airbase last week, issuing a warning to Syria that the U.S. was prepared to take military action against countries which break international agreements. The move was interpreted by many as a warning to North Korea as well.

Amid an exchange of threats with North Korea, Trump also sent U.S. Navy strike group towards the western Pacific Ocean near the Korean peninsula.

The 'armada', as Trump himself called it, includes the nuclear-powered flagship aircraft carrier USS Carl Vinson, two destroyers and a cruiser. Such a strike group is generally accompanied by submarines, although the Pentagon does not normally publicize this.