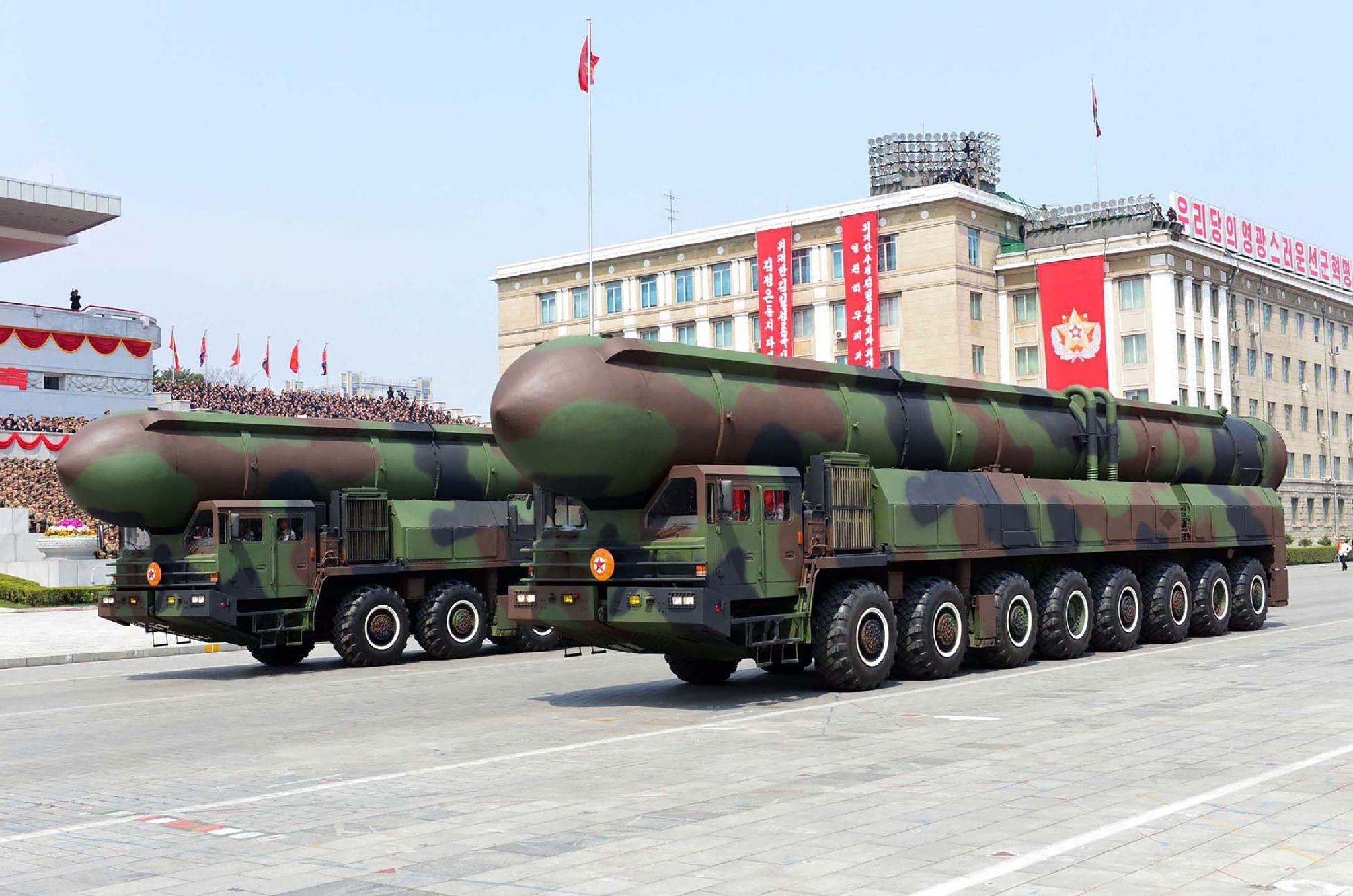 A North Korean medium-range missile exploded seconds after it was launched on Sunday, U.S. officials said, a high-profile failure that came hours before the U.S. vice president arrived in South Korea, and as an American aircraft supercarrier approaches the Korean Peninsula in a show of force.

The U.S. had good intelligence both before and after the launch, said a White House foreign policy adviser traveling with Vice President Mike Pence, who arrived in Seoul in the afternoon to start a 10-day trip to Asia.

No planned response is expected from the Trump administration because the official, who spoke on condition of anonymity to discuss the administration's initial understanding of the launch, said there was no need for the U.S. to reinforce the failure.

The official said that had it been a nuclear test, "other actions would have been taken by the U.S."

The White House believes that Sunday's test involved a medium-range ballistic missile that failed within 4-5 seconds after launch, and that it did not involve an intercontinental ballistic missile, the adviser said.

The North regularly launches short-range missiles, but is also developing mid-range and long-range missiles meant to target U.S. troops in Asia and, eventually, the U.S. mainland.

The failed launch will sting in Pyongyang because it came a day after one of the biggest North Korean propaganda events of the year— celebrations of the 105th birthday of late North Korea founder Kim Il Sung, the current leader's grandfather.

President Donald Trump was uncharacteristically quiet about the failed launch, which was attempted from the east coast city of Sinpo. In a statement, Defense Secretary Jim Mattis said Trump and his military team "are aware of North Korea's most recent unsuccessful missile launch. The president has no further comment."

North Korea's ultimate goal is to have a full array of nuclear-tipped missiles in response to what Pyongyang says is hostility by Washington and Seoul meant to topple its government. North Korea is thought to have a small arsenal of atomic bombs and an impressive array of short- and medium-range missiles.

Many outside analysts believe that North Korea has not yet mastered the technology to build warheads small enough to place on long-range missiles, though some civilian experts say it can already build nuclear-tipped shorter range missiles that have South Korea and Japan within its striking range.

The U.S. Pacific Command said in a statement that Sunday's missile exploded on launch. South Korea's Defense Ministry said it was analyzing exactly how the North Korean launch failed.

Always high animosity has risen on the Korean Peninsula in recent months, as the United States and South Korea conduct annual war games that North Korea claims are invasion preparation and the North prepared for Saturday's anniversary celebrations. A U.S. aircraft carrier, the USS Carl Vinson, is heading to waters off Korea in a show of force.

Analysts warn that even failed missile launches provide valuable knowledge to North Korea as it tries to build its weapons program. The country launched a long-range rocket and conducted the two nuclear tests last year, including its most powerful to date.

Aside from improving the technology, North Korean missile and nuclear tests are seen by outside analysts partly as efforts to bolster the domestic image of leader Kim Jong Un and apply political pressure on Seoul and Washington.

Kim has overseen three nuclear tests and a string of missile and rocket launches since taking over after the death of his father, dictator Kim Jong Il, in late 2011.

Another missile test from Sinpo failed earlier this month, when the rocket spun out of control and plunged into the ocean. That launch came shortly before Trump's first meeting with Chinese leader Xi Jinping. China is North Korea's only major ally.

The extended-range Scud missile in that earlier launch suffered an in-flight failure and fell into the sea off North Korea's east coast, according to U.S. imagery and assessments.

Despite Sunday's failure, the North's previous claim to have used "standardized" warheads has led to worries that it was making headway in its push to develop small and sophisticated warheads to be topped on long-range missiles.

Washington sees North Korea's pursuit of nuclear weapons and ballistic missiles as a threat to world security and to its Asian allies, Japan and South Korea. The United States, South Korea and other countries have vowed to apply more pressure on the North, but so far nothing has worked to stop Pyongyang's nuclear program.