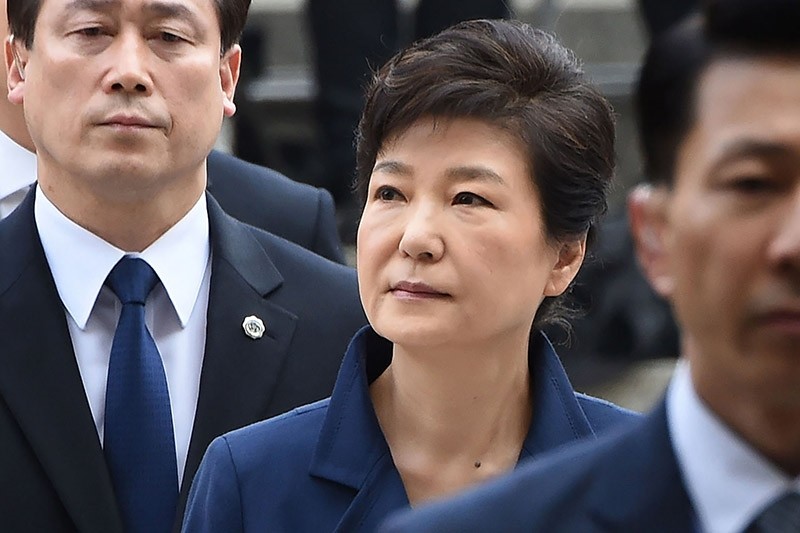 ousted president Park Geun-Hye (C) arrives for a hearing to decide whether she should be arrested over the corruption and abuse of power scandal that brought her down, at a court in Seoul on March 30, 2017 (AFP Photo)
by Associated Press Apr 17, 2017 12:00 am

The Seoul prosecutors' office on Monday made the indictment.

Park was arrested and confined to a detention facility near Seoul last month on allegations that she colluded with a confidante to extort from businesses and commit other wrongdoing.

Park's criminal trial is expected to start in coming weeks and she will remain jailed during court proceedings that could take as long as six months.

Park has denied any legal wrongdoing.