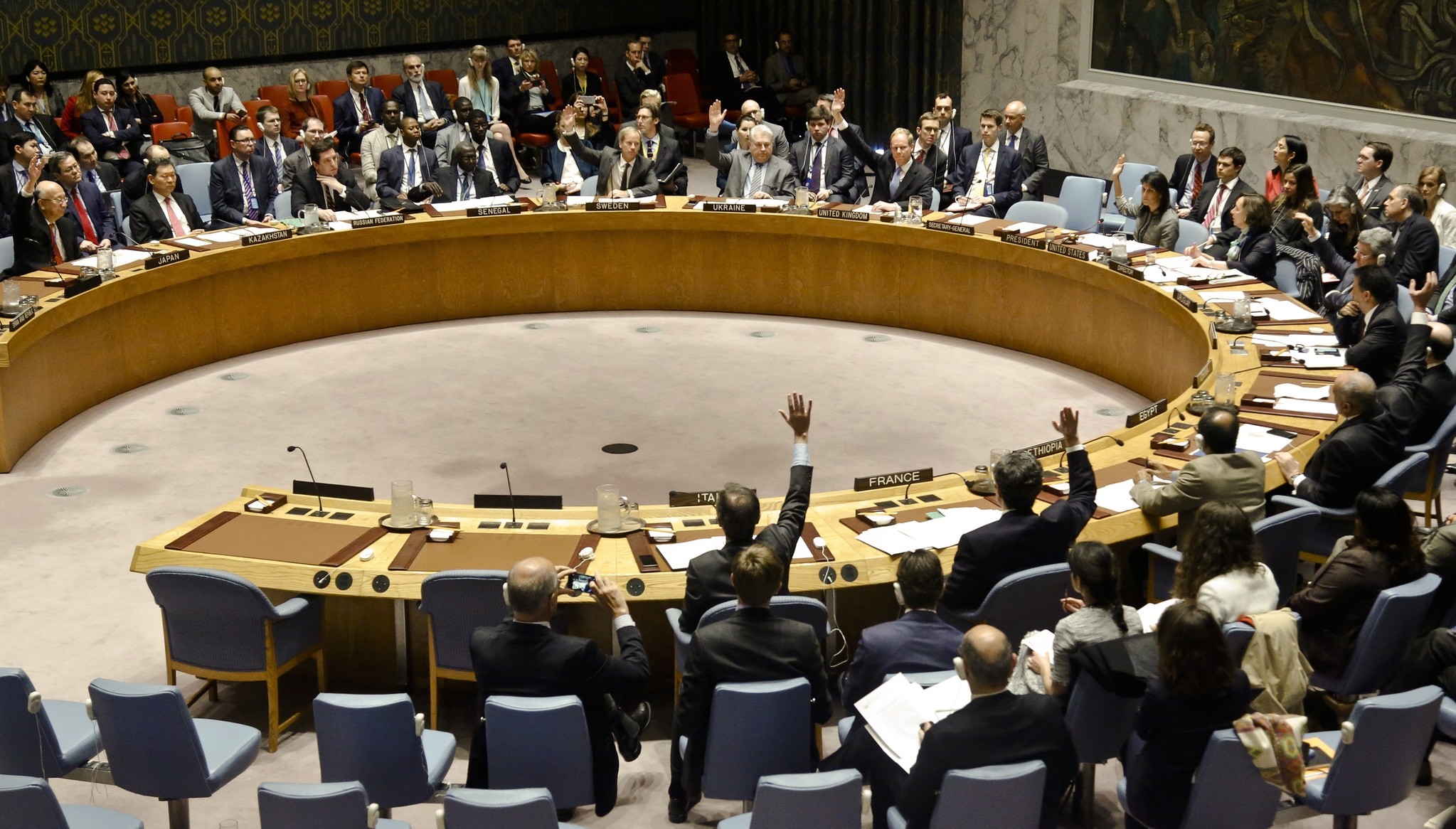 In a unanimous statement, the council demanded that North Korea "conduct no further nuclear tests" and said Pyongyang's "illegal missile activities" were "greatly increasing tension in the region and beyond."

The council threatened to "take further significant measures including sanctions" to address the crisis of North Korea's missile launches.

While previous statements have warned of further measures, the agreed text made specific mention of sanctions, signalling a tougher stance from the council.

The US-drafted statement was agreed upon after Russia insisted that language stressing the need to achieve a peaceful solution "through dialogue" was included in the final text.

Russia had blocked an earlier version of the statement -- which comes after North Korea carried out a failed test on Sunday -- even though China, Pyongyang's ally, had expressed its support for it.

Russian charge d'affaires Petr Iliichev however denied blocking the statement and said the United States had broken off talks on a consensus position in an "abrupt manner."

Council statements require a consensus among all 15 members.

The United States, which holds the rotating council presidency this month, has scheduled a ministerial-level meeting next week on North Korea, to be chaired by US Secretary of States Rex Tillerson.

While no resolution will be adopted during the April 28 session, the United States and its allies are expected to turn up the pressure on China to use its leverage to rein in Pyongyang.

The council has imposed six sets of sanctions on North Korea -- two of which were adopted last year to significantly ramp up the punitive measures and deny Kim Jong-Un's regime hard currency revenue.

Pyongyang is seeking to develop a long-range missile capable of hitting the US mainland with a nuclear warhead, and has so far staged five nuclear tests, two of them last year.

On Wednesday, US Vice President Mike Pence vowed that the United States would counter any North Korean attack with an "overwhelming and effective" response.