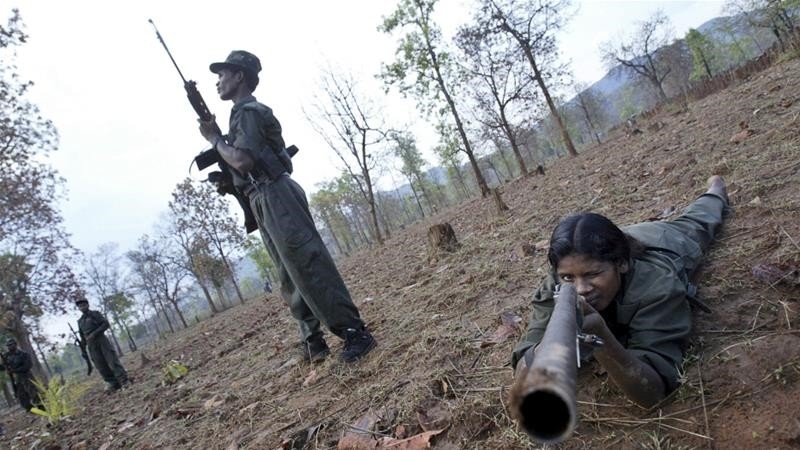 Maoist rebels killed at least 25 Indian paramilitary soldiers and injured six others in their stronghold in central India on Monday in one of the worst attacks on the country's security forces in recent years, police said.

The rebels fired from hilltops at a group of paramilitary soldiers who were guarding workers building roads in a forested area of Sukma district of Chhattisgarh state, police officer Jitendra Shukla said.

The government has been trying to improve roads in the dense jungles of Chhattisgarh to make it easier for security forces to pursue the rebels.

The injured were taken by helicopter to a hospital. Other details were not immediately available.

CNNNews18 television quoted a paramilitary soldier as saying that hundreds of rebels attacked members of the Central Reserve Police Force and there was an exchange of gunfire between the two sides.

Prime Minister Narendra Modi said on Twitter that the attack was "cowardly & deplorable. We are monitoring the situation closely."

The insurgents, who say they are inspired by Chinese revolutionary leader Mao Zedong, have been fighting for more than three decades in central and eastern India, staging hit-and-run attacks to press their demand for a greater share of wealth and more jobs for the poor.

Last month, the rebels killed 11 paramilitary soldiers in an ambush in the region. In 2010, 76 Central Reserve Police Force soldiers were killed in the Dantewada region in the state in a similar attack by the rebels.

The government says the rebels are India's biggest internal security threat. According to the Home Ministry, they operate in 20 of India's 29 states and have thousands of fighters.

Home Minister Rajnath Singh said in a recent statement in Parliament that the Maoists are frustrated because of the success of recent security operations against them. He said that in 2016, 135 rebels were killed, 700 were arrested and another 1,198 surrendered to government forces, according to the New Delhi Television news channel.