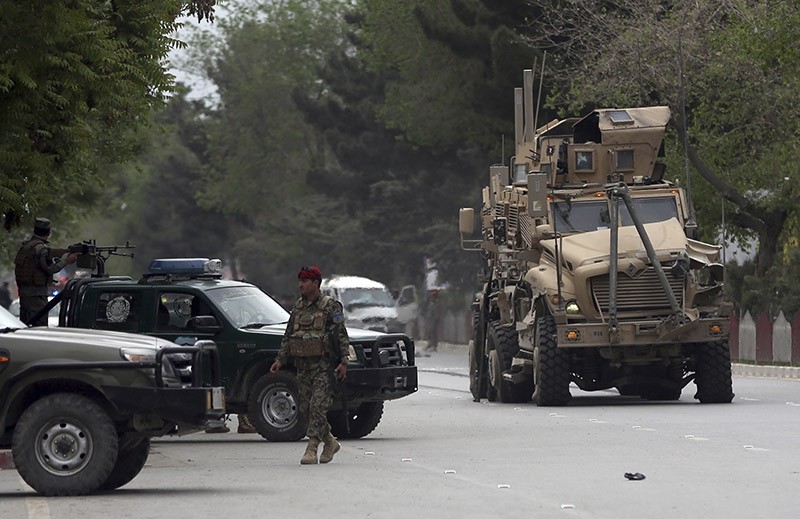 A damaged US military vehicle is being pulled near the site of a suicide attack in Kabul, Afghanistan, Wednesday, May 3 , 2017 (AP Photo)
by Compiled from Wire Services May 03, 2017 12:00 am

At least 25 others were wounded in the incident as well, Najib Danish, a spokesman for the Afghan Interior Ministry told dpa.

The explosion occurred during rush hour when people were heading to work. "Survey teams have been deployed to the area," the Government Media Information Centre (GMIC) said, adding that the type of explosion is yet unknown.

Interior ministry spokesman Najib Danish confirmed the blast targeted "a convoy of foreign forces passing the area". "We are checking the details," he told AFP. A health ministry spokesman verified the toll, but could not say whether the victims were foreign soldiers or civilians.

Since the begining of the year at least five large attacks have taken place in capital Kabul with hundreds of civilians killed and injured.