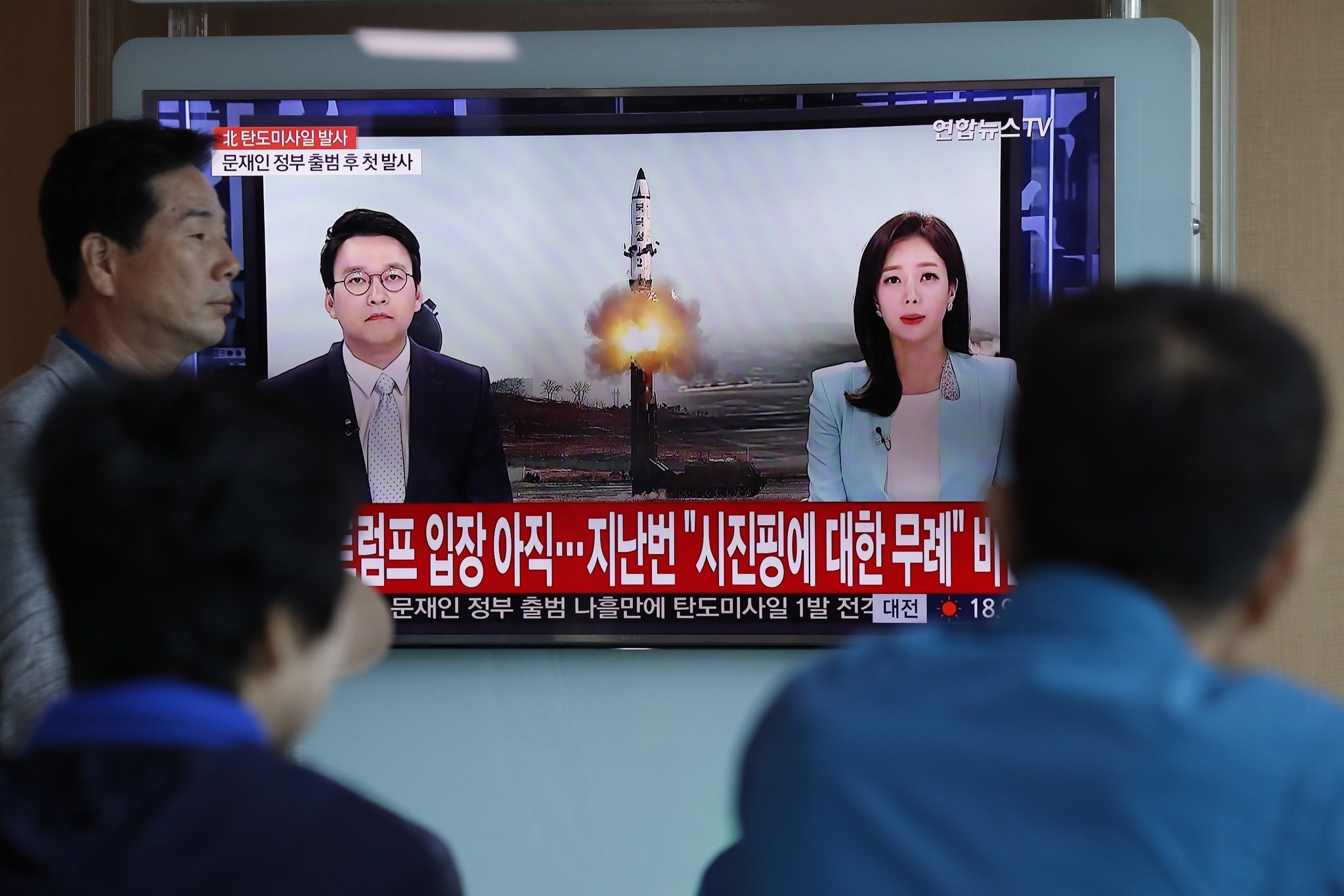 The United States and Japan on Sunday called for an emergency meeting of the United Nations Security Council on North Korea after Pyongyang carried out its latest missile test, diplomats said.

The meeting has been scheduled in principle for Tuesday afternoon, according to the UN mission of Uruguay, which currently holds the council's presidency.

North Korea launched a ballistic missile early on Sunday in what was seen as a challenge to South Korea's new President Moon Jae-In, a liberal who has said he wants to ease tensions with the North.

It was the North's second missile firing in two weeks, and came amid mounting international concern over Pyongyang's progress in developing nuclear weapons that could be carried by long-range missiles.

The latest projectile, launched from a military base in Kusong near the country's northwest coast, traveled some 435 miles (700 kilometers) before landing in the Sea of Japan.

"There are no excuses that justify N. Korea's actions," Nikki Haley, the US ambassador to the UN, tweeted. "This was close to home for Russia. China can't expect dialogue. This threat is real."

And EU foreign affairs spokeswoman Maja Kocijancic denounced the launch as "a threat to international peace and security (that could) further aggravate tensions in the region at a time when de-escalation is instead needed."

For weeks, the Trump administration has been demanding a tightening of sanctions against the North and urging a tougher stance by Beijing, Pyongyang's principal ally.

Haley said on ABC that North Korean leader Kim Jong-Un was "in a state of paranoia."

US President Donald Trump issued a brief statement calling for tougher sanctions. "Let this latest provocation serve as a call for all nations to implement far stronger sanctions against North Korea," he said.

The US Treasury indicated it was examining all possible means to cut off international financing to Pyongyang.

But the strong focus on sanctions seemed to be a step away from the more threatening language Trump had used earlier in the year, when he sent a US Navy strike group steaming toward Korean waters and pointedly refused to take the military option off the table.