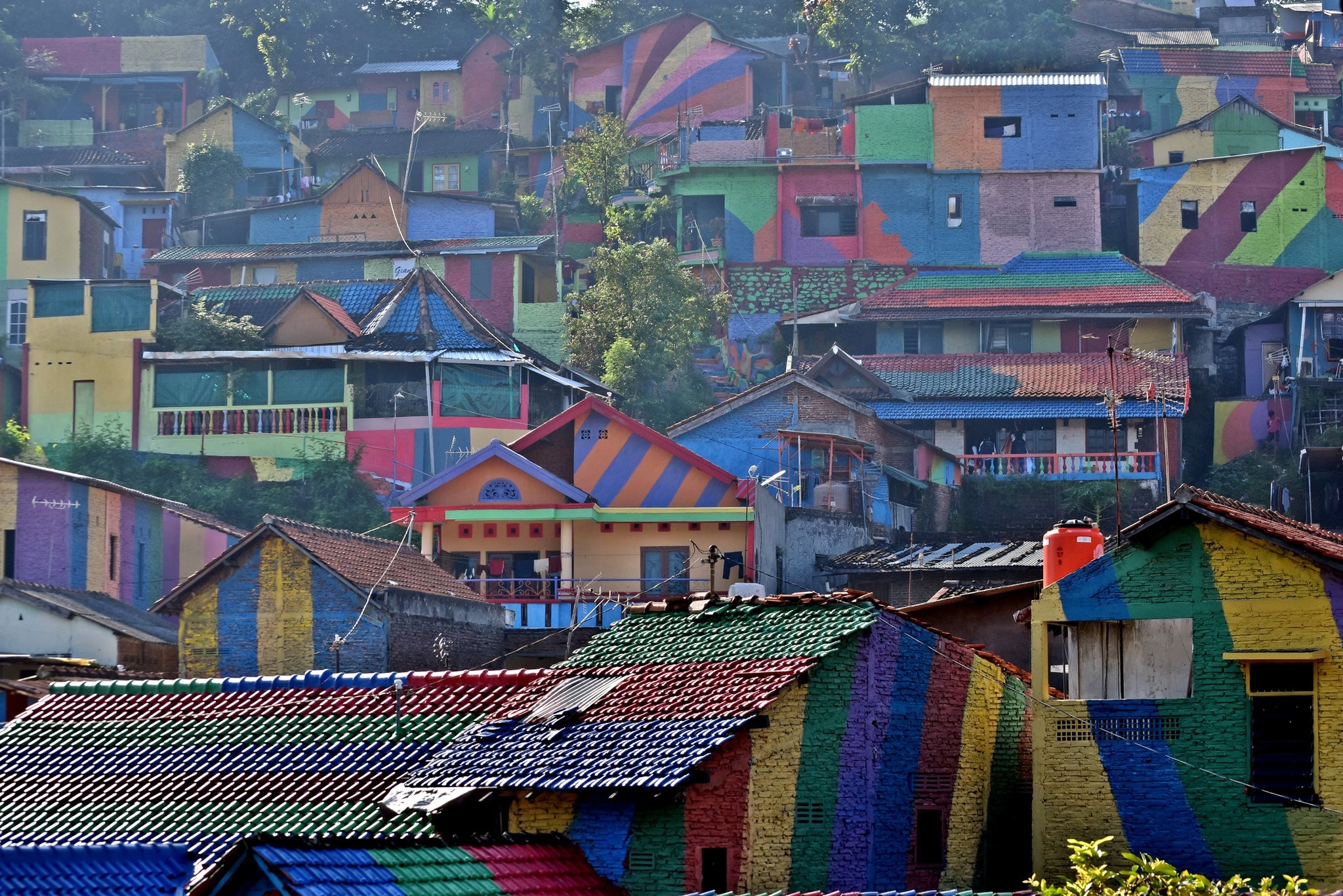 A slum area on Indonesia's Java Island has become an unlikely tourist attraction, as well as a social media hit, after its homes were painted vivid colours to transform the district into what is now being called "Kampung Pelangi" ("Rainbow Village").

The poor hill-side area received a month-long facelift costing 300 million rupiah ($22,500) and paid for by the local government in a bid to rejuvenate this part of Semarang, a town 450 km (280 miles) east of the capital Jakarta.

Visitors have been flocking to the village to take photographs and pose for "selfies" next to the brightly coloured homes.

"It's because of the unique look of the village. We know this area used to be a slum district but now it looks so beautiful after the colourful makeover. I used to pass this area without any interest but now the colours change everything," said one visitor, Nihayatun Naqiyah.

The multi-coloured paint job for the village is the brainchild of Slamet Widodo, a 54-year-old high-school teacher.

"In the future it will bring benefits to our community, especially economic empowerment. The project will be supported by the activity and creativity (of the people) in the village so the local community has a sense of belonging," said Widodo, who was inspired by similar projects in other parts Indonesia.

Residents already say their livelihoods have improved since the makeover, as they can now give tours and sell souvenirs.

"Obviously this condition is very influential, before we were only the residents of what I can say was a quiet village but now we can call it a dynamic village, because women are empowered and are able to increase their family's income," resident Amanah Suyitno said.