3 Zika cases confirmed in India for first time, WHO says 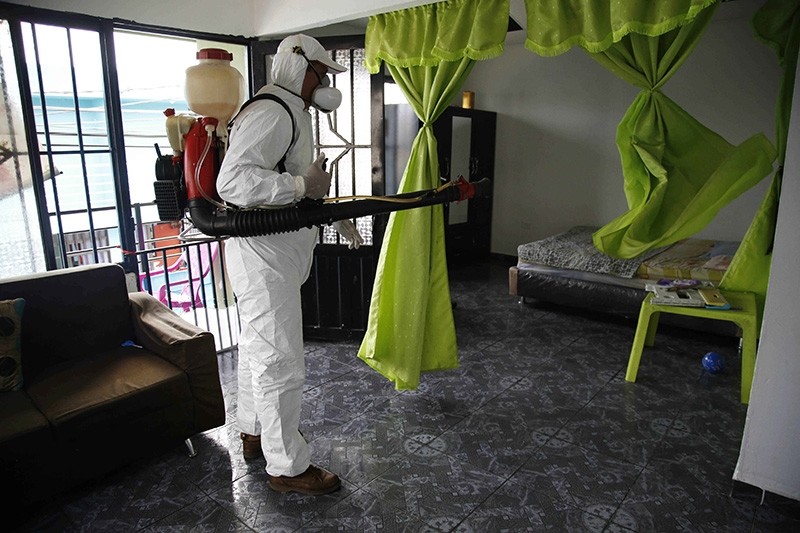 A health worker sprays insecticide inside the home of a woman diagnosed with the Zika virus in Acacias, Colombia, Thursday, Feb. 4, 2016 (AP Photo)
by Compiled from Wire Services May 28, 2017 12:00 am
The World Health Organization (WHO) has confirmed the first three cases of Zika virus disease in India.

"There is no need to panic," Dr. Soumya Swaminathan, a top health ministry official, told reporters.

The World Health Organization said in a statement released Friday that the three cases that India reported to the WHO on May 15 were detected through routine blood surveillance in a hospital in Ahmadabad, Gujarat's capital. Two cases were detected in February and November last year, while a third case was detected in January this year.

"These findings suggest low level transmission of Zika virus and new cases may occur in the future. Efforts to strengthen surveillance should be maintained in order to better characterize the intensity of the viral circulation and geographical spread, and monitor Zika virus related complications," said a statement of WHO.

It further said, "Zika virus is known to be circulating in South East Asia Region and these findings do not change the global risk assessment".

However, Indian government has said that there is no need to panic as all the three patients have now recovered.

Dr. Soumya Swaminathan, Director General, Indian Council of Medical Research (ICMR), told NDTV that the three patients had no overseas travel and so the infection could have been acquired locally. "There is no need to panic. All three cases recovered," she said.

Babies born to Zika-infected mothers have been found to have microcephaly, or a birth defect where the head is abnormally small and brains might not have developed properly. Guillain-Barre syndrome is a disorder in which the body's immune system attacks part of the peripheral nervous system.