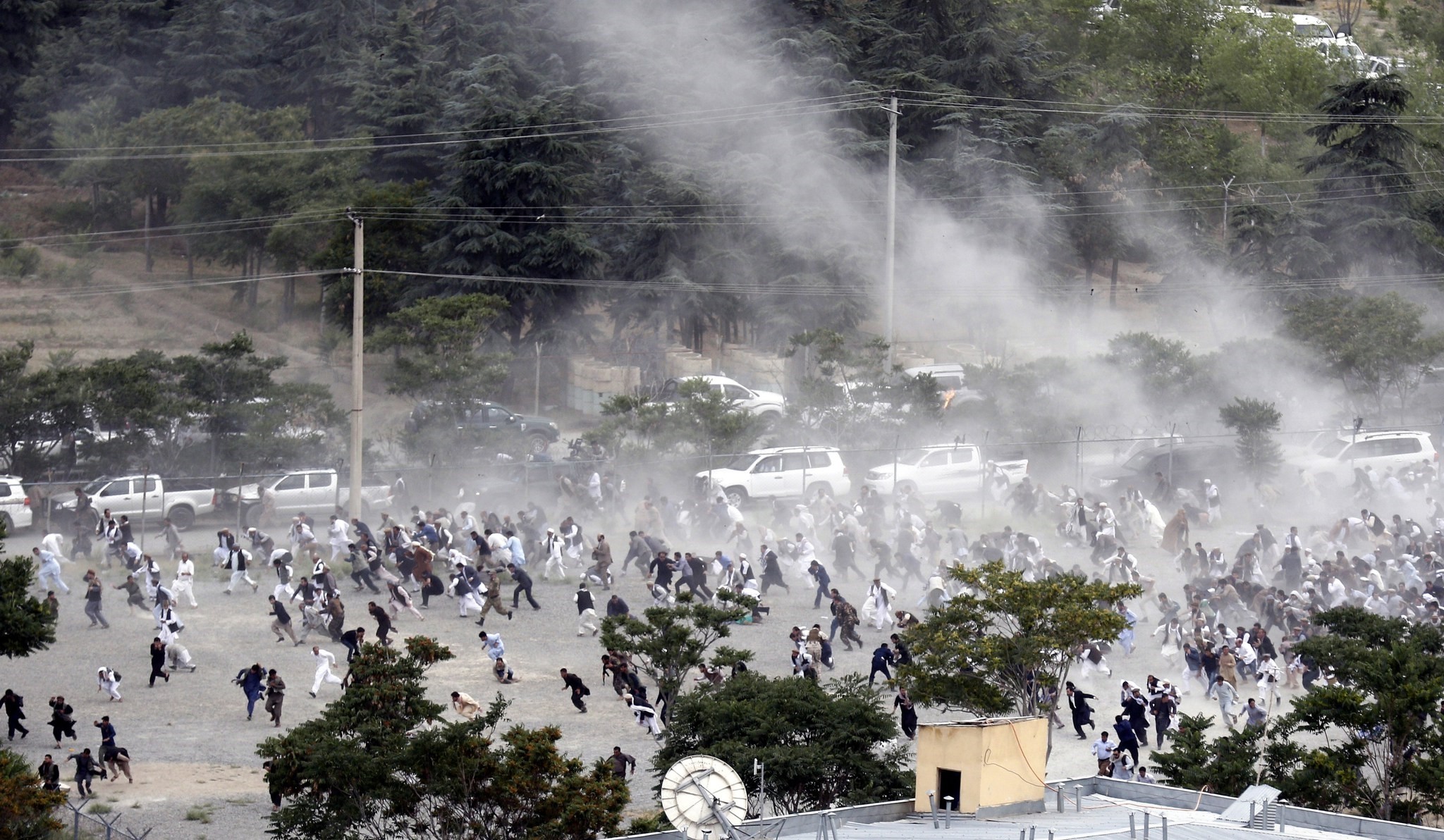 At least six people were killed and 87 others wounded when multiple blasts ripped through a funeral ceremony at a cemetery in the capital Kabul on Saturday, according to a Health Ministry official.

Waheed Majroh, spokesman for Ministry of Public Health, told Anadolu Agency the nature of the blasts were not yet known.

Local media outlets claim it was a multiple suicide attack and that the death toll could be as high as 20.

Chief Executive Officer Abdullah Abdullah, Foreign Minister Salahuddin Rabbani and other high-ranking officials were said to be present at the time of blasts. They were there to pay homage to Salim Ezidyar, the slain son of Mohammad Elim Ezidyar -- deputy speaker of the parliament's upper house-- who died on Friday when people protesting against Wednesday's truck bombing clashed with police.

Abdullah announced on Twitter that he was safe. "Chief Executive Dr. Abdullah is safe and sound. He is unharmed in the explosions at the funeral ceremony in Kabul this afternoon," he tweeted.

Rabbani also said: "Will soon announce our position towards terrorists within the system and on holding them to account at the national level."

Earlier, President Mohammad Ashraf Ghani condemned the "outrageous attack on mourners burying the martyred. The country is under attack. We must be strong and united."

The latest attack comes days after a truck bombing in the heart of Kabul killed 90 people. Anti-government protest rallies were held following the truck bombing in different cities; one such demonstration in the capital turned violent that left at least seven people dead and 10 others wounded.

Following the deaths of civilian protesters, the UN Assistance Mission in Afghanistan said it is deeply concerned over the situation.

"I strongly discourage any actor from seeking opportunistically to use these very emotional and fragile moments to destabilize the situation and risk further harm to civilians," Tadamichi Yamamoto, the UN secretary-general's special representative for Afghanistan, said.

"But this tragic week has already added too much civilian suffering to Afghanistan, and further violence will not solve any problems," Yamamoto added.

The U.S. Ambassador Hugo Llorens said: "While peaceful demonstrations are welcome in a democracy, some narrow political elements used this opportunity to spark violence, resulting in more death and suffering, compounding the grief," he said.

Meanwhile, Kabul Garrison General Command urged protesters to abstain from any gatherings or demonstration, citing the risk of terrorist attacks on large gathering of people.