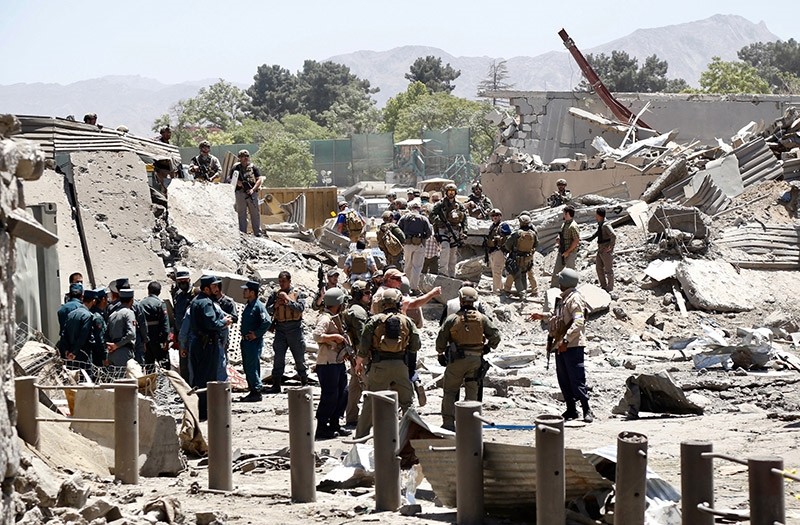 The death toll from a truck-bomb explosion in Kabul last week has reached more than 150 people, President Ashraf Ghani said on Tuesday, making it the deadliest attack in the Afghan capital since the ouster of the Taliban in 2001.

The blast occurred when a sewage truck packed with what Ghani called "military-grade" explosives detonated at the entrance to a fortified area of that city that includes foreign embassies and government buildings.

"We were not the only targets, the entire diplomatic community was the target of this attack," Ghani told foreign diplomats gathered for a conference in Kabul.

Previous official estimates had put the death toll at about 90, with more than 460 wounded.

All of those killed were Afghans, and Ghani paid specific homage to 13 policemen who stopped the truck as it tried to enter the fortified district and were killed in the blast.

No group has claimed responsibility for the attack, which sparked violent anti-government protests.

Several protesters were killed in clashes with police on Friday, and at least a dozen people were killed when suicide bombers attacked the funeral for one of the dead protesters on Saturday.