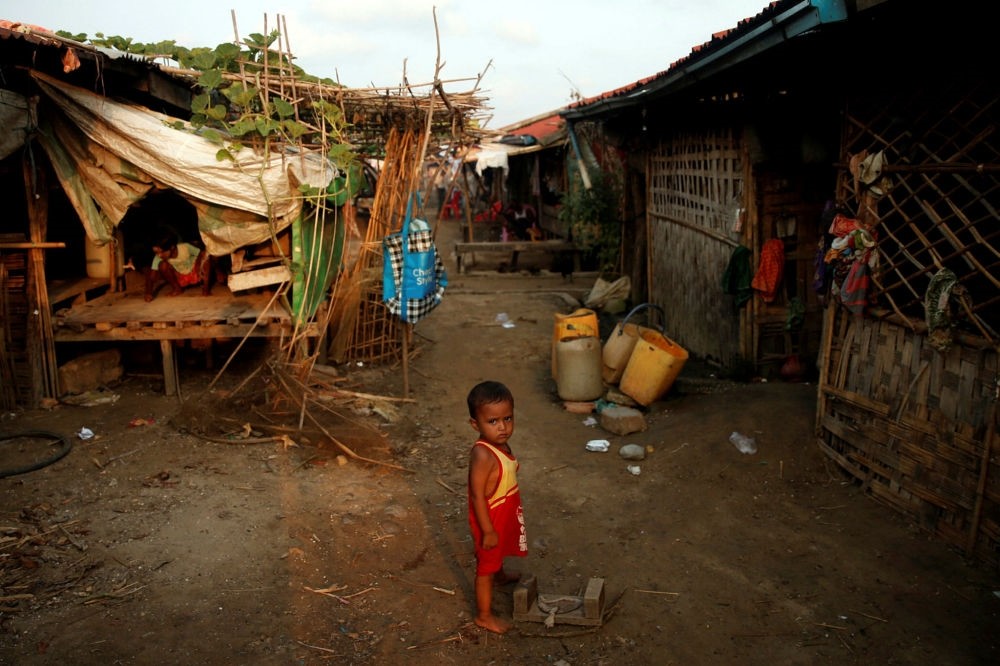 A Rohingya boy stands in a refugee camp outside Kyaukpyu in Rakhine state, Myanmar, May 18.
by Compiled from Wire Services Jun 09, 2017 12:00 am

Thousands of Muslim Rohingyas have lived in camps in Rakhine since violence broke out in 2012, but the government's push to close down all refugee camps has left many vulnerable

Five years on from the violence against Muslim Rogingyas, thousands of displace Rohingyas have been facing severe living conditions after camp closures. Myanmar's government began shuttering refugee camp in the town of Ramree in April, the start of a push by Aung San Suu Kyi's government to close down all such camps in the restive Rakhine state within five years following a recommendation from a commission led by former United Nations Secretary-General Kofi Annan.

Humanitarian experts back the eventual closure of the camps but criticize the way the government has begun the task, which they say sets a worrying precedent for the handling of much larger camps elsewhere in Rakhine where tens of thousands of people still live.

Without more efforts to bring peace and stability to Rakhine, closing camps "will simply be transferring the problem to another place," said Mark Cutts, head of the U.N. Office for the Coordination of Humanitarian Affairs (OCHA) in Myanmar.

They had little choice in moving to Yangon. The authorities said it was not safe for the 128 residents of the camp in Ramree, a coastal town in southern Rakhine, to remain in the town where they had lived before the violence. "We don't have [a big] enough police force to prevent conflict from happening again," said Min Aung, spokesman of the Rakhine State government. "That's why we allow them to relocate to other places as they want to."

Since mid-2012, the region has seen a series of incidents of communal violence between ethnic Rakhine Buddhists and Rohingya, which have left around 100 people dead and some 120,000 displaced in camps – mostly members of the Rohingya minority.

Myanmar has long faced international condemnation for its persecution of the country's Muslim Rohingya minority in Rakhine state. Fresh violence erupted in Rakhine last October after nine border police were killed. A United Nations report issued earlier this year said Myanmar's security forces had committed mass killings and gang rapes of Rohingyas during their campaign against the insurgents, which could amount to crimes against humanity.

The military has denied the accusations, saying it was engaged in a legitimate counterinsurgency operation. Myanmar has launched its own domestic probe into possible crimes in Rakhine and appointed former U.N. Secretary-General Kofi Annan to head a commission tasked with healing long-simmering divisions between Buddhists and Muslims. Rohingya who fled the crackdown told U.N. workers of horrendous abuses, including soldiers allegedly executing infants in front of their mothers, summary murders of men and widespread gang rape of women.