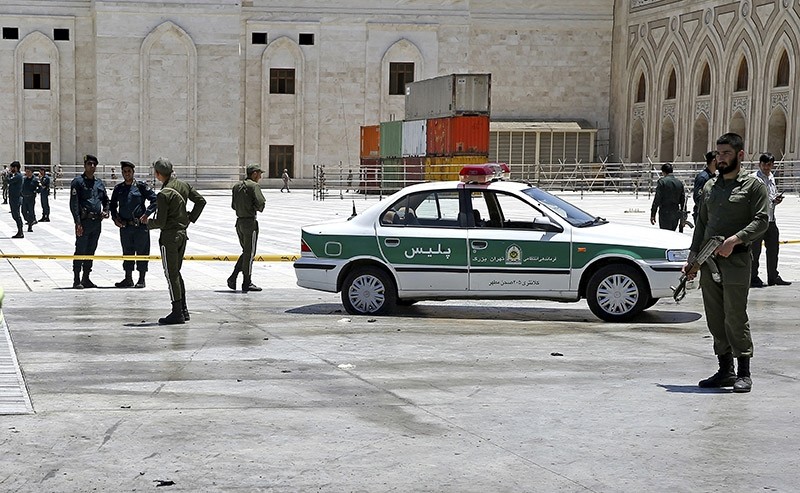 Iranian authorities have arrested eäght people it suspects of helping militants involved in this week's attacks in the capital Tehran, a judiciary official said on Saturday. The Daesh terror group claimed responsibility for the suicide bombings and gun attacks on parliament and the mausoleum of Ayatollah Ruhollah Khomeini that killed 17 people on Wednesday.

"These agents who were supporters of the two terrorist groups, and had full coordination with them, were arrested and they were delivered to Tehran's judicial and security authorities," Fazelian said.

On Friday, authorities announced the arrests of 41 suspects in connection with the twin Tehran attacks.

Tehran police said the car the attackers used for both attacks was discovered on Saturday in the city center.

"The terrorists first went by the car to the mausoleum and after dropping two of them, went to the city center to attack the parliament," the police said in a statement published on state media.

Two guards, 10 government staffers and five civilians were killed in the attacks that simultaneously targeted the country's parliament and the shrine of the late founder of the Islamic Republic Ayatollah Ruhollah Khomeini. The Interior Ministry in a statement increased the number of wounded to 52.