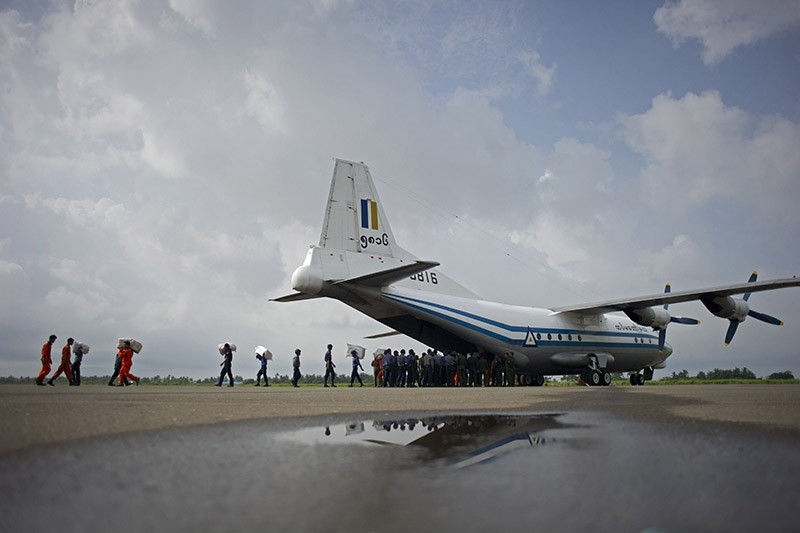 Myanmar rescuers have recovered the bodies of more than half of the 122 people who were on board a military plane that crashed into the Andaman Sea last week, the army said on Monday.

The Chinese-made Y-8-200F transport plane disappeared last Wednesday with 122 soldiers, family members and crew on board on a weekly flight from several southern coastal towns to Myanmar's largest city, Yangon.

The number of bodies retrieved rose to 83 on Monday as the search for the plane by ship and air stretched into a sixth day, the military said on its official Facebook page.

While the cause of the accident has yet to be determined, Commander-in-Chief Min Aung Hlaing said on Sunday there was "a very big cloud" near the plane crash site, according to his official Facebook page.

He did not elaborate, but said he expected the plane would be found.

The rainy season can bring sudden, heavy showers over the Andaman Sea, where the plane was lost.

Myanmar authorities had rejected offers of help with the search from several countries including China, the state-run Global New Light of Myanmar newspaper said on Sunday.

Some bodies pulled from the sea were cremated last week as relatives and friends mourned the identified victims in the coastal town of Dawei.

Aircraft accidents, involving both civilian and military planes, are not uncommon in the Southeast Asian country.