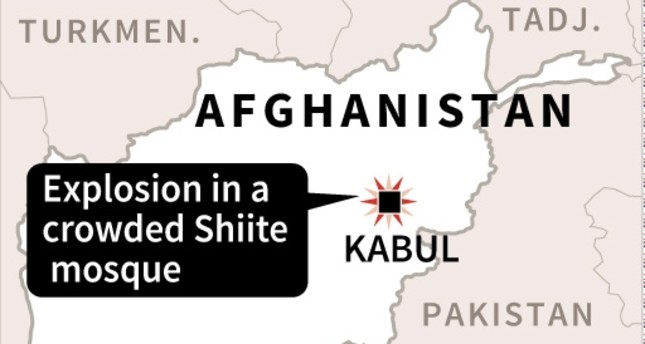 Two gunmen and a suicide bomber killed at least four people and wounded eight more in an attack at a mosque in the Afghan capital of Kabul on Thursday, the Interior Ministry said.

The attackers then took refuge in a kitchen, where one detonated a bomb while the other two were killed by security forces, he said.

The Daesh terrorist group claimed responsibility for the attack lateThursday.

The attack came as mosques around the city were crowded for a night of religious observances as part of the holy month of Ramadan.

Kabul's Shi'ite minority have been targeted by suicide bombings in the past. 30 people were killed and dozens others wounded in November last year in a similar attack on worshippers.

Daesh terrorists also claimed responsibility for that attack, as well as an attack last July that killed more than 80 people at a mostly Shi'ite demonstration.