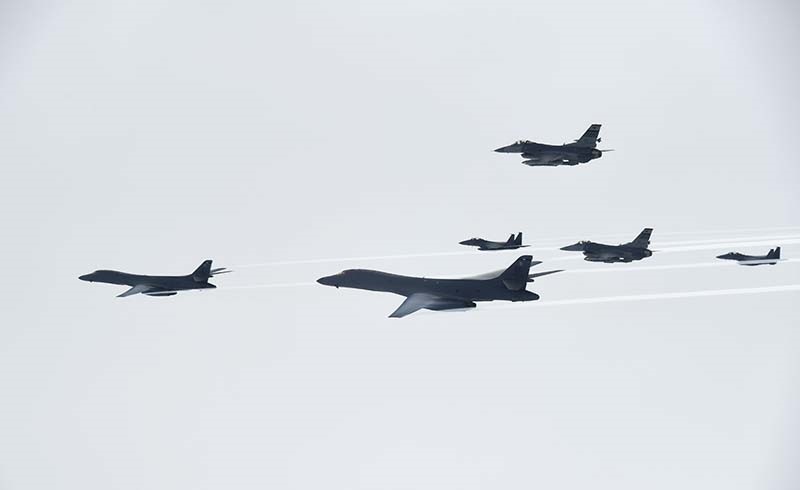 North Korea has criticized a practice bombing run on the Korean peninsula by two U.S. B-1B bombers as a dangerous move raising the risk of nuclear war.

A commentary Sunday in the ruling party's Rodong Sinmun newspaper accused the U.S. of "reckless military provocations" that are escalating tensions.

The U.S. Air Force bombers released inert weapons Friday on a training range in South Korea. South Korean and U.S. fighter jets joined the drill. The bombers also flew with Japanese fighter jets on their way back to Andersen Air Force Base in Guam.

The 10-hour mission came three days after North Korea tested an intercontinental ballistic missile. U.S. military officials described the exercise as a defensive show of force and unity that demonstrated "the ironclad U.S. commitment to our allies."