US urges Myanmar to allow mission investigating mistreatment of Muslims 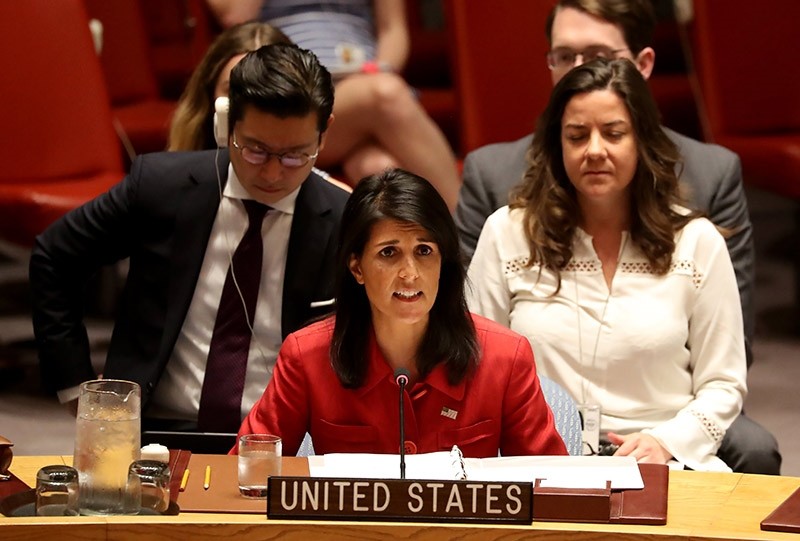 Nikki Haley, US Ambassador to the United Nations,speak with at an emergency Security Council meeting on North Korea (EPA Photo)
by Jul 11, 2017 12:00 am

U.S. Ambassador to the United Nations Nikki Haley has urged the Myanmar government to cooperate with a human rights fact-finding committee tasked with investigating allegations of army atrocities.

Myanmar has said it will deny visas to members of the mission, established by the Human Rights Council earlier this year.

The committee intends to probe accusations of abuses against the Rohingya Muslim minority in Rakhine state as well as in Kachin and northern Shan states.

"No one should face discrimination of violence because of their ethnic background or religious beliefs," said Haley in a statement circulated Tuesday.

Tens of thousands of Rohingya Muslims fled to neighboring Bangladesh following brutal "clearance operations" by the Myanmar army in October, during which hundreds of women were allegedly raped.

"The total number of victims will be unknown unless the fact-finding mission is allowed to proceed," Haley said.