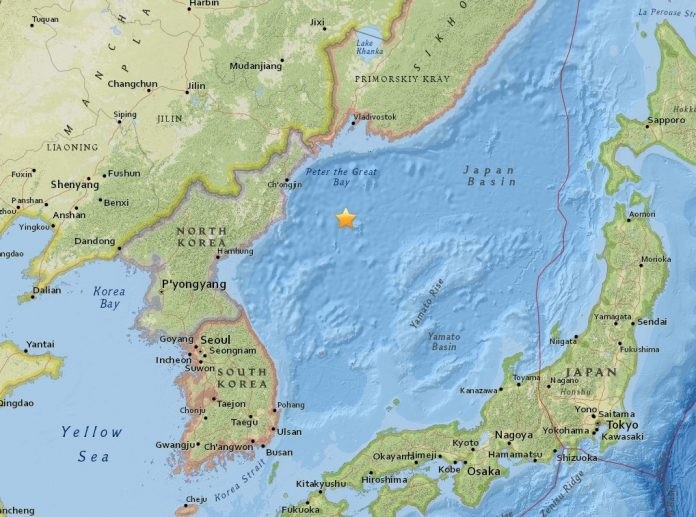 A rare magnitude 5.8 earthquake struck off North Korea in the Sea of Japan on Thursday, but was unlikely to cause any damage, the U.S. Geological Survey said.

An earthquake of that size is unusual for that area but not unprecedented, USGS seismologist Julie Dutton told Reuters. She said the last large quake in that part of the Sea of Japan was in 1994.

Major Jamie Davis, a Pentagon spokesman, said initial indications showed that the earthquake was not caused by a North Korean nuclear test because of the location and depth of the quake.

Davis added that the Pentagon would continue to study the seismic activity.

The quake, which struck early in the morning on Thursday, was very deep, 334.1 miles (538 km) below the seabed, and unlikely to cause any damage. Its epicenter was 112 miles (180 km) southeast of the North Korean city of Chongjin.

It was initially reported as a magnitude 6.0 but was later revised to 5.8