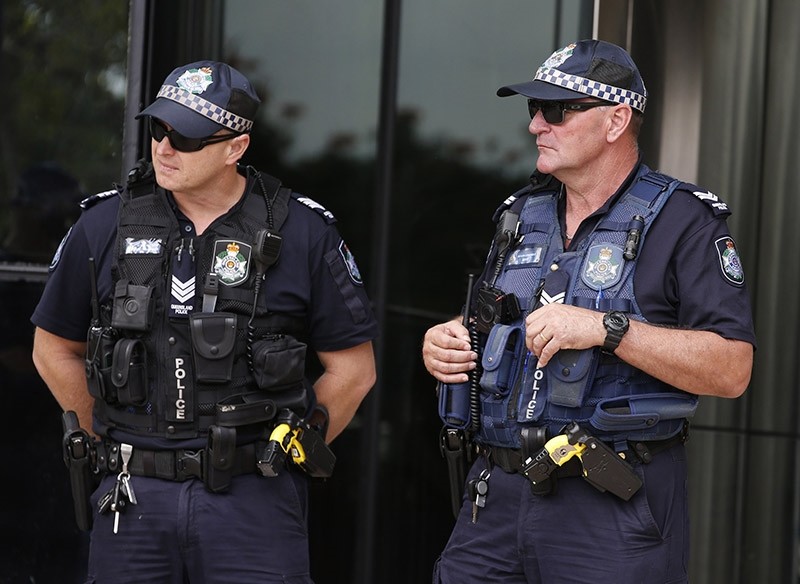 Social media giants like Facebook and WhatsApp will be compelled to share encrypted messages of suspected terrorists and other criminals with Australian police under new laws unveiled Friday.

It comes after Prime Minister Malcolm Turnbull warned encrypted messages were increasingly being used by terrorists, drug traffickers and pedophile rings, calling for legislation to be modernized to allow police to do their jobs.

"We need to ensure that the internet is not used as a dark place for bad people to hide their criminal activities from the law," he said, adding that the tech giants must "face up to their responsibility."

"They can't just wash their hands of it and say it's got nothing to do with them."

Australian authorities can currently obtain information from telecommunications companies, but not internet firms that use data encryption to guarantee user confidentiality.

Encryption essentially involves complex algorithms scrambling data to make it indecipherable until unlocked by its owner or when it reaches its destination.

"And that's not acceptable. We are a society, a democracy, under the rule of law, and the law must prevail online as well as offline."

The laws will be introduced into parliament by the end of the year.

Attorney-General George Brandis said the legislation would be similar to Britain's Investigatory Powers Act, which imposes an obligation on companies to cooperate with investigations.

They would provide Australian intelligence and law enforcement authorities with coercive powers as a "last resort" if tech companies did not voluntarily help, said Brandis.

"It is vitally important that the development of technology does not leave the law behind," he said.

However, Silicon Valley tech companies have so far refused to bend to similar legal requests.

Facebook said it already had a system in place to help police and intelligence officials in Australia.

"We appreciate the important work law enforcement does, and we understand their need to carry out investigations. That's why we already have a protocol in place to respond to requests where we can," a spokesperson said.

"At the same time, weakening encrypted systems for them would mean weakening it for everyone."

Apple told Agence France-Presse it had no comment on the new legislation.

British Home Secretary Amber Rudd will travel to the United States shortly to discuss the issue further with her American counterpart and tech companies, said Turnbull.

The U.S. government last year locked horns in a legal battle with Apple, seeking to compel the iPhone maker to help decrypt a device used by one of the attackers in the San Bernardino shooting rampage.

Authorities eventually dropped the case after finding a way to break into the iPhone without Apple's help.

Turnbull admitted it may be difficult to enforce the laws if firms do not comply, but said it was important to "recognize the challenge and call on those companies to provide the assistance."