Australian military to be given greater power to tackle terror incidents 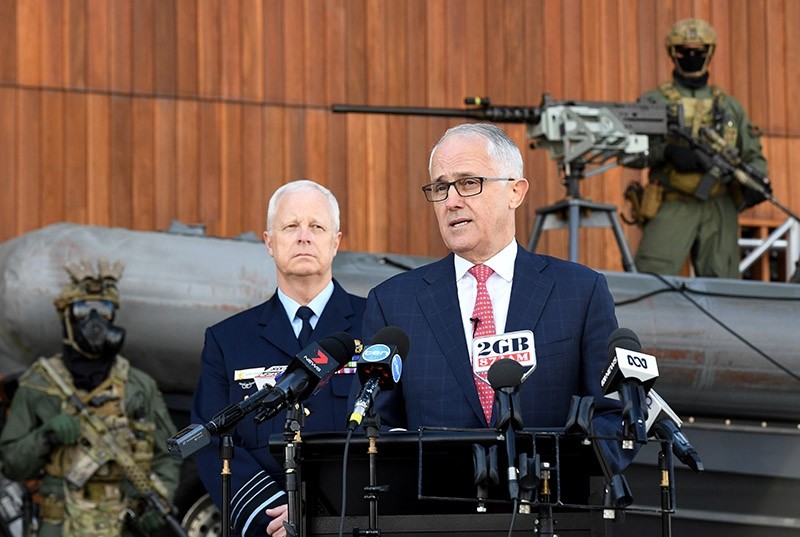 Australia's military will be given greater power to act during terror attacks, the prime minister said Monday, following a review of security forces' responses to a spate of local and international incidents.

Among a raft of changes, police will no longer have to wait until they have exhausted their capacity to call on the army during a terror attack, while special forces will be embedded in law enforcement agencies for better coordination, Malcolm Turnbull said.

Defense officials will also provide specialized training to police forces as part of the measures.

Turnbull said future attacks would likely remain the responsibility of the police but the military could also assist in incidents such as a central Sydney cafe siege in December 2014 in which two hostages were killed.

A coronial inquiry found in May that police failed to respond quickly enough to end the 16-hour siege, which has been described as Australia's deadliest incident inspired by Daesh terrorists. The gunman, who was killed by police, had no direct ties to the terror group.

"Our enemies are agile and innovative. We have to stay ahead of them," Turnbull told reporters in Sydney.

"We have to ensure that every resource we have -- legislative, military, police, intelligence, security -- is always at the highest standard and able to be brought to bear to keep Australians safe."

Turnbull recently visited the scene of the June 3 terror attack on London Bridge and Borough market in Britain.

He noted the speed with which eight people -- including two Australians -- were killed in the van and knife rampage, as well as how quickly emergency services responded.

"In the current threat environment, it is most likely that a terrorist attack will use simple methodologies, a knife, a gun, a vehicle, and the attack itself could be over in minutes," Turnbull told reporters in Sydney.

The Sydney cafe siege and a series of other "lone wolf" attacks have thrown police tactics, and Australia's overall response to potential security incidents, into sharp focus.

Australian police have since changed tactics to become ready to end cases of potential hostage-taking more quickly, and to shoot suspects in "terrorist-related" incidents.

In June, police also began installing concrete bollards in pedestrian thoroughfares in Australia's two largest cities, Sydney and Melbourne, to guard against possible vehicle attacks such as those seen recently in Europe and the United States.

Australia is a staunch U.S. ally and has sent troops to fight in Afghanistan and Iraq. It has also been on heightened alert for attacks by home-grown militants returning from fighting in the Middle East.