Member of 'untouchables' caste expected to be India's next president 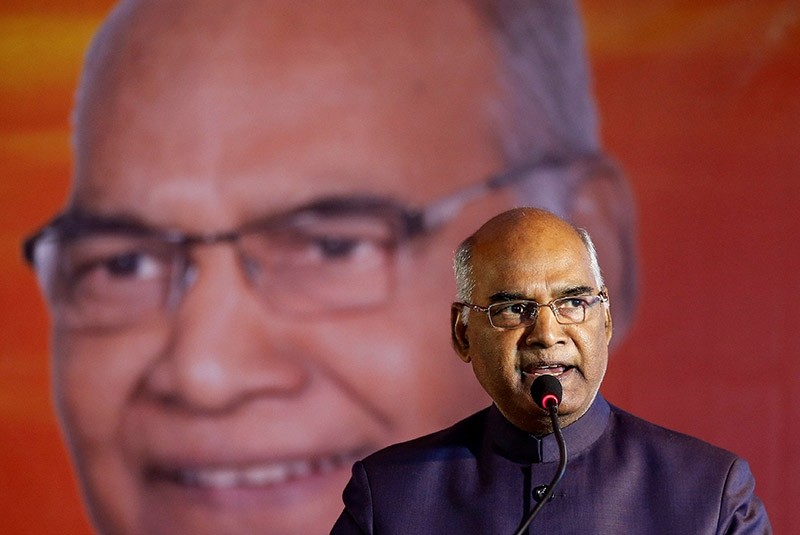 Lawmakers were voting Monday to choose India's next president in an election likely to be won by a little-known member of a Hindu political group that is closely allied to India's ruling Bharatiya Janata Party.

Ram Nath Kovind, 71, is the former governor of the eastern state of Bihar and a longtime associate of the Rashtriya Swayamsevak Sangh, or National Volunteer Corps, a Hindu group that has long been accused of stoking religious hatred against Muslims.

The group is also the ideological parent of Prime Minister Narendra Modi's BJP, which controls enough seats in federal and state legislatures to push its favored candidate. Voting ends Monday evening and votes will be counted Thursday with Kovind is expected to win easily.

The president's role in India is largely ceremonial but the position can be important during times of political uncertainty such as a hung Parliament when the office assumes greater power.

Kovind's victory is expected to help Modi and the BJP consolidate even greater political power. The party swept to power in 2014 and has won a series of crucial local polls since then.

The ruling party has projected Kovind as a leader from the Dalit, or "Untouchables," community, which is at the lowest end of the complex hierarchy of caste in Hinduism.

Kovind's main opponent is Meira Kumar of the Congress party. Kumar is a former diplomat and longstanding federal lawmaker who is also from the Dalit caste group.

The winner will replace Pranab Mukherjee, a former senior member of the Congress party, as the next occupant of Rashtrapati Bhawan, the massive 340-room, colonial era presidential palace. Mukherjee has held the office since 2012.

Although the caste system was constitutionally abolished in 1950, its legacy still deeply affects contemporary Indian society. The Dalit community is the poorest and the most oppressed caste in India. Members of the lowest caste have traditionally done jobs considered ritually impure, like garbage collection, street sweeping, the cremation of dead bodies and the disposal of human waste.

According to International Dalit Solidarity Network, there were more than 200 million Dalits in India in 2011.