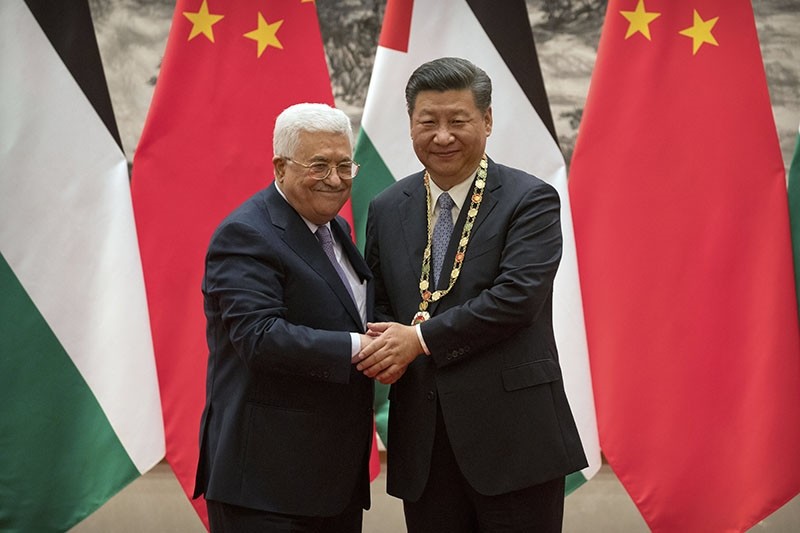 "China supports Palestine in building an independent, full sovereignty state along the 1967 borders with East Jerusalem as its capital," Xi said after meeting Palestinian President Mahmoud Abbas in Beijing.

The resolution that was adopted last December demands Israel halt its "flagrant violation" of international law that has "no legal validity", and said the government needs to live up to its responsibilities as an occupying power as dictated by the Fourth Geneva Convention.

Xi said China is willing to support all efforts that may help solve the Palestinian issue.

Abbas is on a four-day visit to China that will end Thursday.

Israeli and Palestinian peace talks under U.S. mediation collapsed in April 2014 because of Israel's refusal to release Palestinian prisoners despite earlier pledges to do so.

All attempts to revive negotiations have since failed, due mainly to Israel's insistence on continuing settlement construction on occupied Arab land.