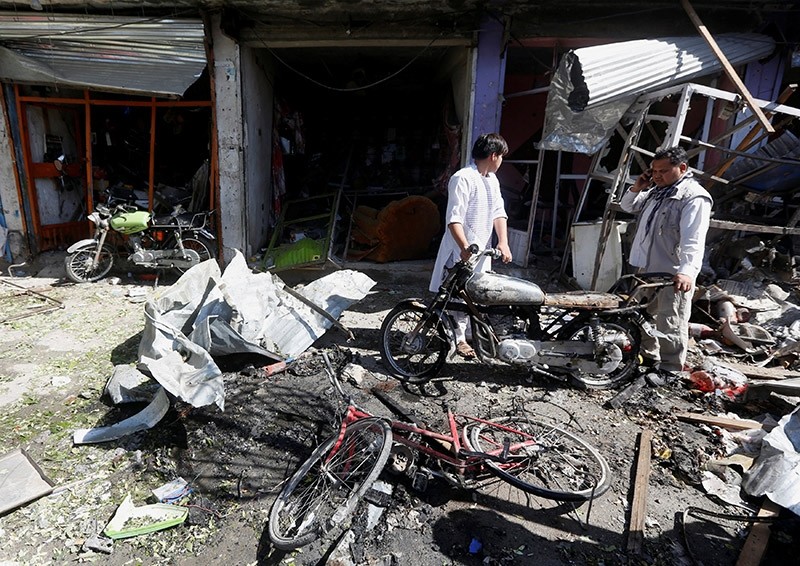 At least 24 people have been killed and 42 others were wounded after a car bomb struck a bus carrying government employees in western Kabul Monday, an official told AFP, in the latest attack to strike the Afghan capital.

A statement released to the media by the Taliban says they carried out the suicide car bombing.

The statement, sent by Taliban spokesman Zabihullah Mujahid, said that the target of the bombing was the intelligence services and their employees.

The neighborhood where the bomb detonated is home to many Shiite Hazaras, a persecuted ethnic minority who have been targeted many times in the past.

It is also near prominent politician and former warlord Mohammad Mohaqeq's home. Omid Maisom Mohaqiq, a spokesman for the politician, said the bomb had detonated near the first checkpoint approaching the house, "killing and wounding some civilians".

Kabul is regularly rocked by suicide bombs and attacks. A recent UN report showed they accounted for nearly one-fifth of all civilian Afghan casualties in the first half of 2017.

The UN Assistance Mission in Afghanistan (UNAMA), which has been documenting civilian casualties since 2009, said in its recent report that 1,662 civilians were killed and more than 3,500 injured in the first six months of the year.

Many of those deaths happened in a devastating single attack in Kabul in late May when a truck bomb exploded, also during the morning rush hour, killing more than 150 people and injuring hundreds.

UNAMA put the civilian death toll at 92, saying it was the deadliest incident to hit the country since 2001.

The bloody toll for the first six months of 2017 has unsettled the government of President Ashraf Ghani, who has come under increasing pressure since the May attack in Kabul.

Protests and deadly street clashes hit the Afghan capital in the wake of the May attack as people incensed by security failures called for his government's resignation.

The UNAMA report also said that nearly half of Afghanistan's 34 provinces have seen an increase in civilian deaths in the first six months of the year, mainly due to the rise in attacks by anti-government forces across the country.

NATO's combat mission in Afghanistan ended three years ago, handing sole responsibility to the country's security forces, who has also suffered spiralling casualties ever since as they try to beat back the resurgent Taliban and contain the growing threat from the Daesh terror group.