1 in 10 female university students in Australia sexually assaulted in past 2 years: survey 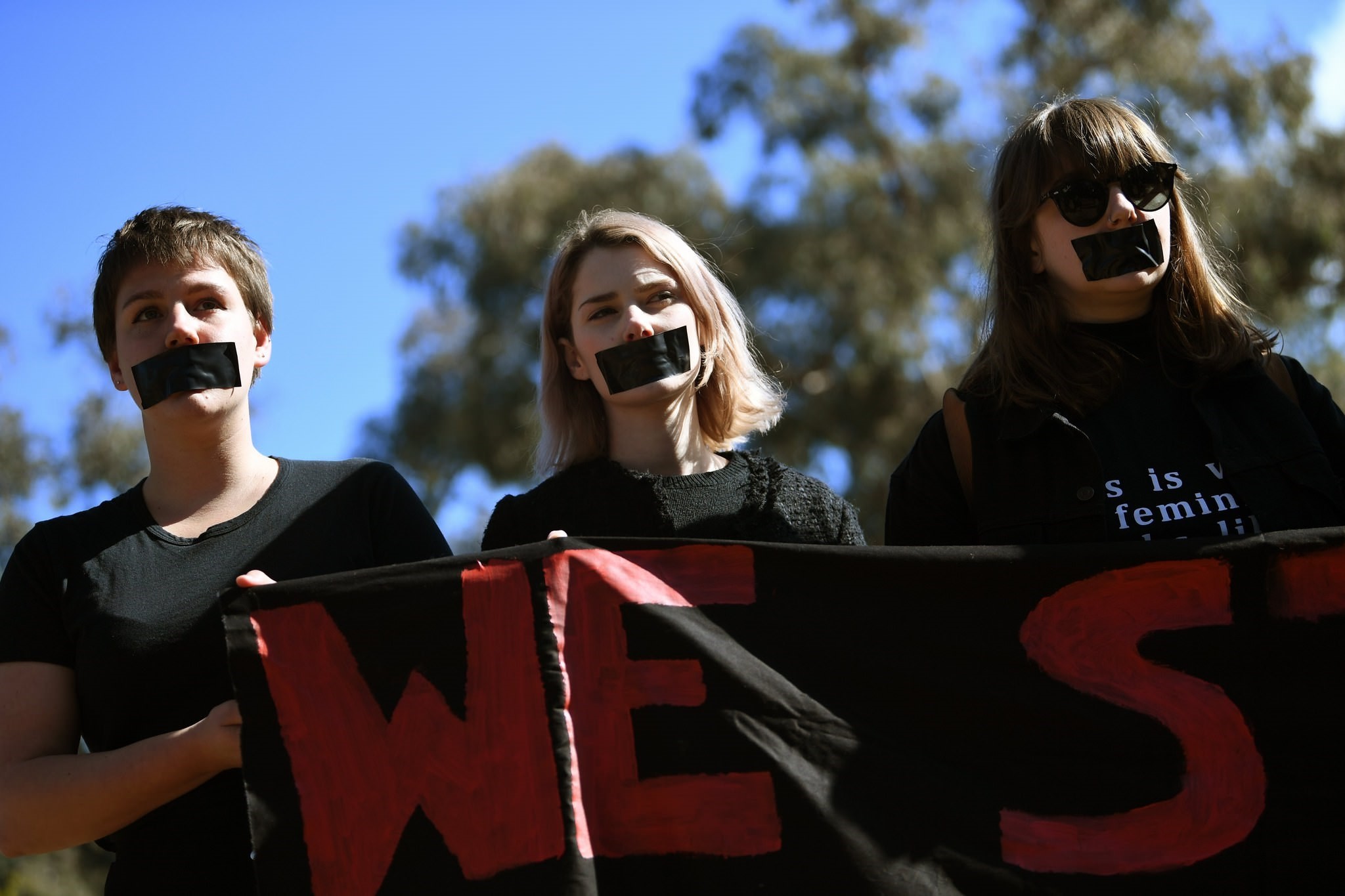 Students of the Australian National University participate in a protest after the release of the national student survey on sexual harassment in Canberra, August 1, 2017. (EPA Photo)
by Aug 01, 2017 12:00 am

More than half of Australia's university students were sexually harassed last year with female students the most affected, according to a survey by the Australian Human Rights Commission that is calling for action to crackdown on this abuse.

Students identifying as members of the LGBT community also received disproportionate amounts of harassment with up to 75 percent reporting sexual harassment.

The poll was conducted following a growing outcry from students regarding sexual assault and harassment.

"The evidence is clear that universities need to do more to prevent such abuse from occurring and to build a culture that responds appropriately to these incidents by supporting victims and sanctioning perpetrators," Kate Jenkins, the Commissioner of Sex Discrimination, said in a report accompanying the survey.

The survey found about 94 percent of students who reported being harassed and 87 percent who reported experiencing assault did not formally complain or report this to their university.

To counter this, the Commission released an eight-point plan encouraging university officials to take more responsibility to help prevent and educate students about sexual assault and harassment.

The plan called for universities to spread information about what constitutes sexual assault and harassment, promote resources for reporting such incidents, and to review all policies on these issues through an independent body.

The Australian Minister for Education and Training, Simon Birmingham, said he had written to each university asking for their response to the survey and the plans for change.