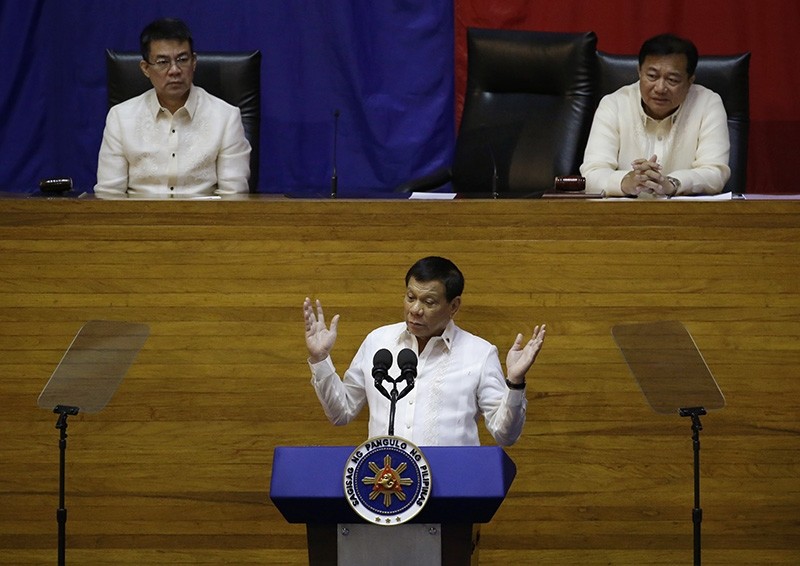 North Korean leader Kim Jong-Un is a "maniac" who could destroy Asia by triggering a nuclear war, Philippine President Rodrigo Duterte said Wednesday, ahead of a regional summit to be attended by the regime's foreign minister.

Using characteristically crude language, Duterte teed off against Kim ahead of a regional security meeting in Manila where the hermit state's ballistic missile tests will be a hot agenda item.

"He is playing with dangerous toys and this crazy man, do not be fooled by his face, that chubby face that looks nice," Duterte, 72, said of Kim in a nationally televised speech.

"That son-of-a-whore maniac, if he makes a mistake then the Far East will become an arid land. It must be stopped, this nuclear war, because (if) a limited confrontation blows up here, I tell you the fallout, the soil, the resources. I don't know what will happen to us. We won't be able to plant anything productive."

Under Kim's leadership, Pyongyang has accelerated its nuclear ambitions, in defiance of international condemnation and multiple sets of United Nations sanctions.

North Korea last week conducted its second intercontinental ballistic missile test, which led Kim to boast he could strike any target in the United States.

U.S. Secretary of State Rex Tillerson and Chinese Foreign Minister Wang Yi will also be in Manila for the security forum, which is hosted by the 10-member Association of Southeast Asian Nations (ASEAN).

The ministers will express "grave concern" over North Korea's nuclear missile test, according to a draft copy of the chairman's statement obtained by AFP and scheduled to be released on Tuesday next week at the end of the ASEAN Regional Forum.

Duterte flavors his speeches with crude language and jokes deemed by many to be offensive, including about rape.

Duterte last year called then U.S. president Barack Obama a "son of a whore" for criticizing the drug war.