US to ban travel to North Korea, urges citizens to leave the hermit kingdom in a month 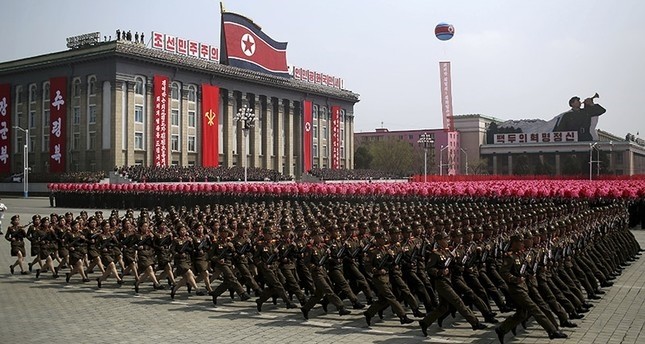 In this Saturday, April 15, 2017, file photo, a soldiers march across Kim Il Sung Square during a military parade in Pyongyang, North Korea to celebrate the 105th birth anniversary of Kim Il Sung, the country's late founder. (AP Photo)
by Compiled from Wire Services Aug 03, 2017 12:00 am

A ban on travel by U.S. passport holders to North Korea will take effect on Sept. 1 and Americans in the country should leave before that date, the U.S. State Department said on Wednesday.

U.S. citizens wishing to travel to North Korea would have to obtain a special validation for their passports, which would only be granted in limited circumstances, the department said in a statement.

Tensions are high in the pacific because of the hermit kingdom's continuous intercontinental ballistic missile (ICBM) tests.

Washington and its allies have watched with growing concern as Pyongyang has made significant progress toward its goal of having all of the U.S. within range of its missiles to counter what it labels as U.S. aggression. There are other hurdles, including building nuclear warheads to fit on those missiles and ensuring reliability. But many analysts have been surprised by how quickly leader Kim Jong Un has developed North Korea's nuclear and missile programs despite several rounds of U.N. Security Council sanctions that have squeezed the impoverished country's economy.