Supporters of deposed PM Sharif welcome him in Pakistan's Islamabad 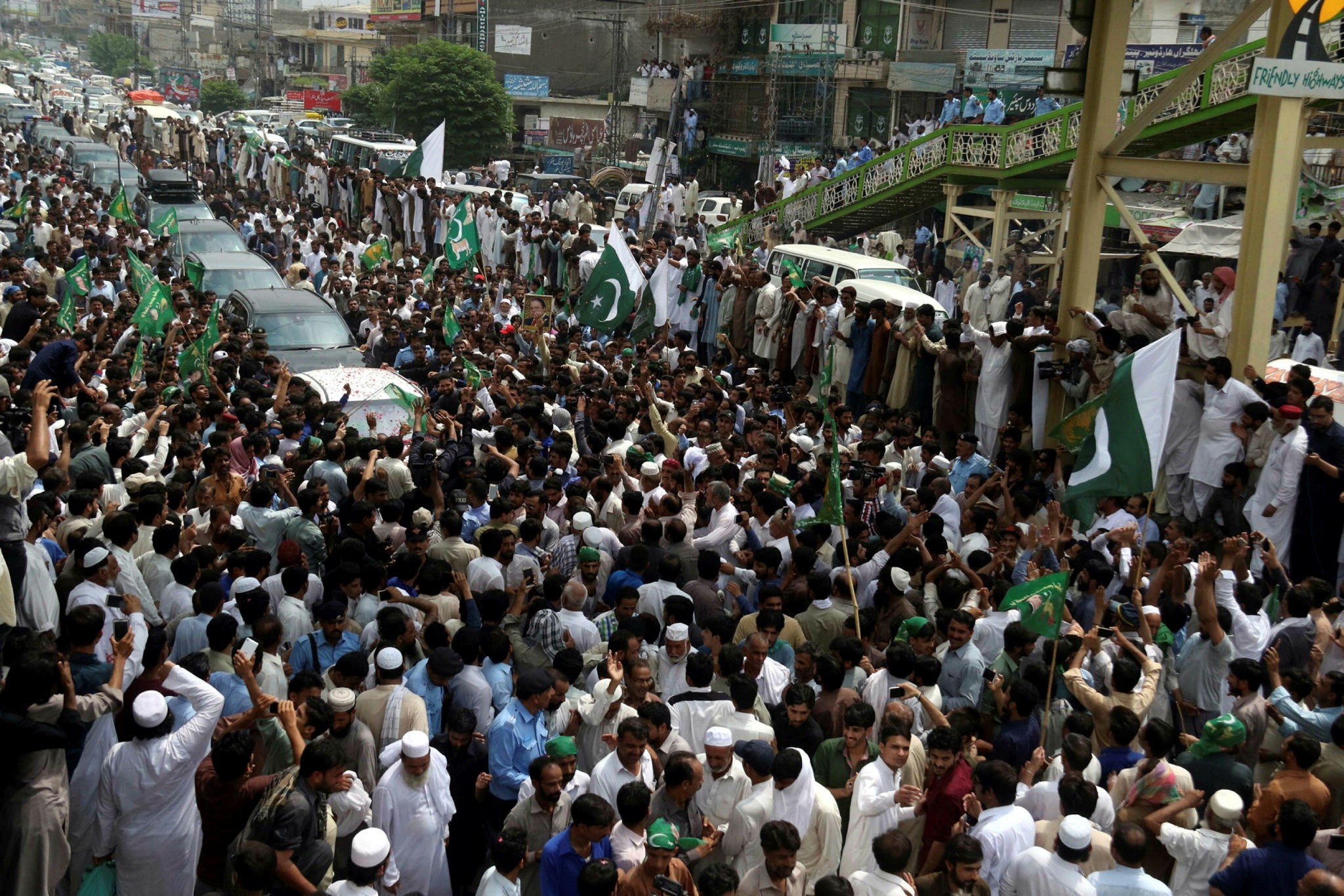 Supporters of Nawaz Sharif, former Prime Minister and head of ruling party Pakistan Muslim League Nawaz (PML-N) surround his vehicle during his arrival from Murree to Islamabad, Pakistan, 05 May 2017. (EPA Photo)
by Associated Press Aug 05, 2017 12:00 am

Scores of supporters have welcomed Pakistan's former Prime Minister Nawaz Sharif on his arrival to the outskirts of the capital, Islamabad from a nearby hilltop resort. He was staying at the resort after last week's dismissal from office by the Supreme Court for concealing family assets.

Sharif was replaced by a lawmaker from his party, Shahid Khaqan Abbasi, this week.

After spending the night in Islamabad, Sharif will travel to his home city of Lahore on Sunday to address a rally there. It will be the first show of political strength from Sharif's ruling party since his removal.