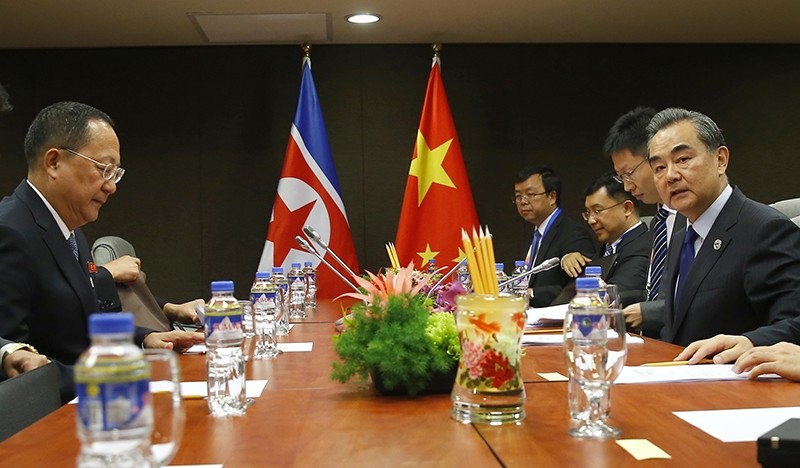 Wang noted that while sanctions were "necessary" after Pyongyang's missile tests in July, they were "not the ultimate purpose."

"Our purpose is to bring all parties involved in the nuclear issues back to the negotiating table, finding the resolutions through talks to realize the denuclearization of the Korean Peninsula," Wang told reporters on the sidelines of ASEAN meetings in Manila.

In response to new U.N. sanctions, Wang Yi said the U.N. resolution's call for a return to talks emphasized that diplomatic and peaceful means were necessary to avoid tensions and it was necessary to prevent the crisis from escalating.

"After the implementation of the resolutions, the Korean peninsula issue enters into a critical juncture," Wang told reporters on the sidelines of a regional foreign ministers' meeting in Manila.

"We call on all sides to take a responsible attitude when making judgements and taking actions.... We cannot do one and neglect the other. Sanctions are needed but sanctions are not the final goal," Wang said.

North Korea has been under U.N. sanctions since 2006 over its ballistic missile and nuclear programs. The new measures were a response to five nuclear tests and four long-range missile launches.