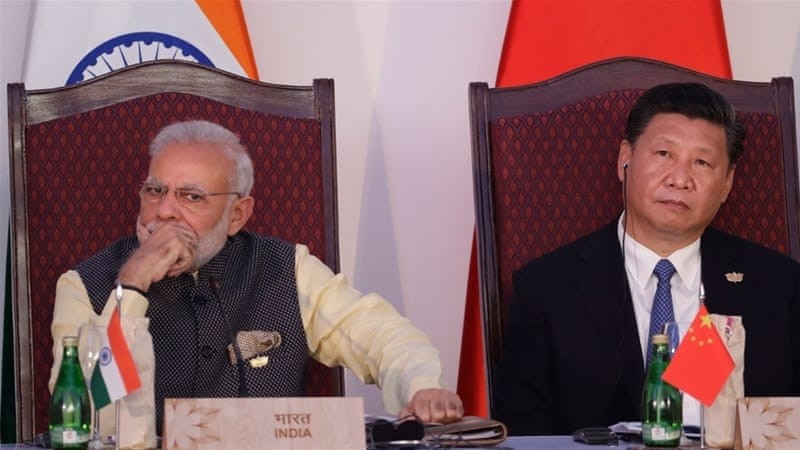 The Chinese Foreign Ministry warned India of avoiding any escalation of tension in the region amid claims that the Indian army is building up troops and repairing roads along the border of Bhutan. After the warning was issued, the Chinese army conducted five live exercises in Tibet, near the Indian border on Friday, which was broadcast on Chinese TV. The release of the footage is thought to be an attempt to increase pressure on New Delhi as Beijing has warned that their "restraint has its limits" during a border standoff since June, the Associated Press (AP) reported. A few days before the live exercises, the Chinese media released footage of the first drone drills. While China claims that India is attempting to occupy a region that belongs to Beijing, India has expressed its concern regarding China's hostility.

"Indian troops entered the Himalayan region of the Doklam Plateau in June after New Delhi's ally Bhutan complained a Chinese military construction party was building a road inside Bhutan's territory. Beijing says Doklam is located in Tibet and that the border dispute between China and Bhutan has nothing to do with India. It has demanded that Indian troops withdraw before any talks," AP reported. "No country should underestimate the Chinese forces' confidence and capability to safeguard peace and their resolve and willpower to defend national sovereignty, security and development interests," Chinese Defense Ministry spokesman Ren Guoqiang said in a statement on Thursday. "It has already been more than a month since the incident, and India is still not only illegally remaining on Chinese territory, it is also repairing roads in the rear, stocking up supplies, amassing a large number of armed personnel. This is certainly not for peace," the statement said.

Denying China's claims, Indian Foreign Minister Sushma Swaraj said on Thursday that "India always believes that peace and tranquility on the India-China border is an important pre-requisite for the smooth development of our bilateral relations," emphasizing that India would like to continue dialogue with China.

Early in June, the Chinese media claimed that Indian troops had crossed the border for obstructing work on a road. After the incident, there were numerous reports claiming that clashes had erupted and even that 158 Indian troops had been killed. The two sides denied the claims despite the fact that the tensions continued to grow.

India's first post drew attention to deteriorating commercial relations between India and China on Friday and said the decline of China's share in the Indian economy and the recent investigation into 12 Chinese products in India might have worsened relations. Chinese exports to India declined nearly 50 percent in recent years, according to the webpage. The report warned that the trade war has already started but its future may bear undesired results for the two countries.

India has been strengthening its army through procurements from Israel. While the country considers Pakistan its biggest enemy, the former's recently increasing military activities have concerned China, as well.