Majority of Americans consider North Korea top threat to US 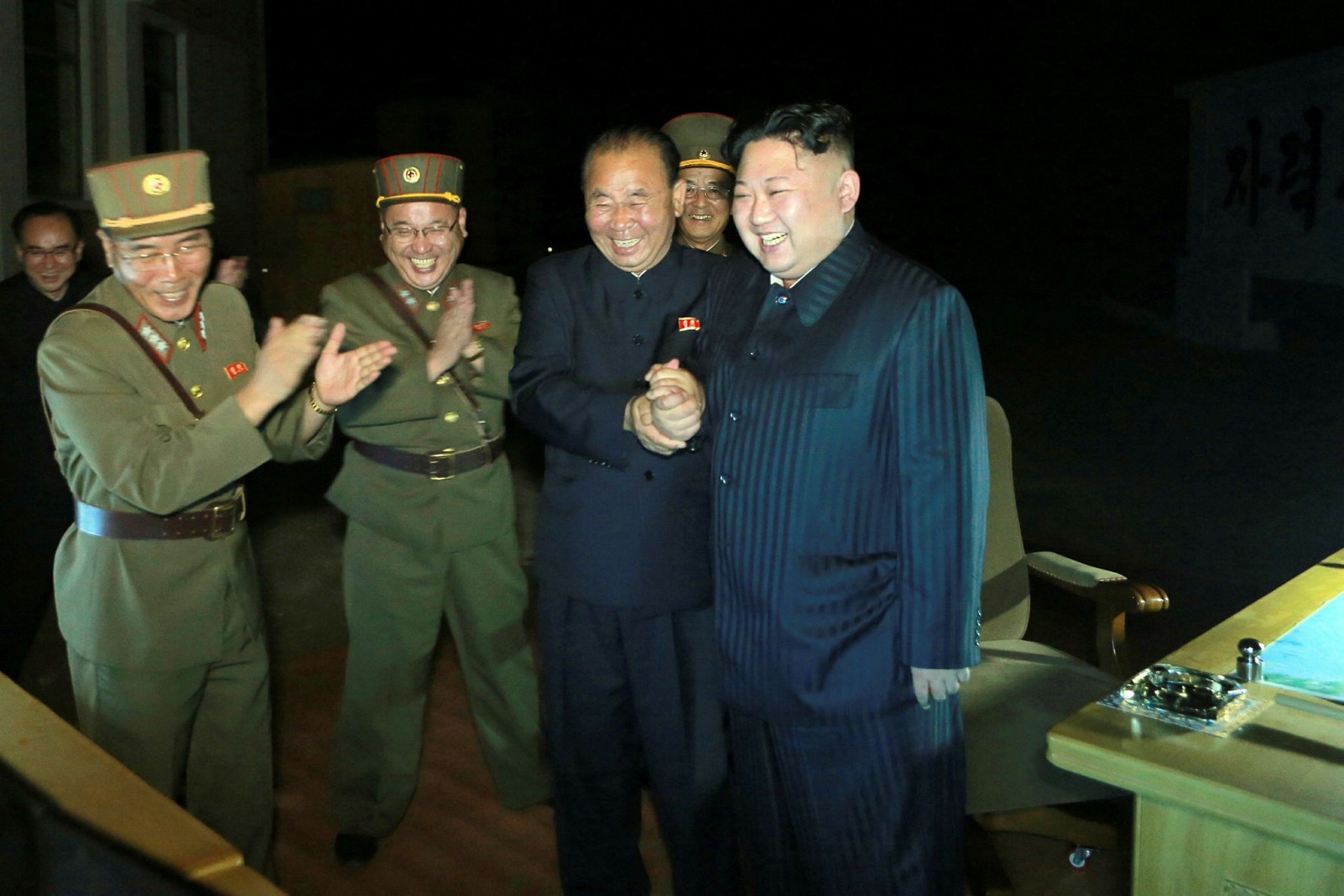 North Korean Supreme Leader Kim Jong-Un supervises the second test firing of a ICBM Hwasong-14 at an undisclosed location in North Korea, July 28.
by Daily Sabah with Wires Aug 09, 2017 12:00 am

The three-quarters of Americans consider North Korea a top threat for the United States due to the reclusive nation's nuclear program, according to a new survey released by the Chicago Council on Global Affairs.

The report showed that there has been a sharp increase in concern over North Korea's nuclear program with 60 percent of Americans saw North Korea as a top threat in 2016, and in 2015, it was 55 percent.

"Nine in ten Americans reject the idea that North Korea should be allowed to produce nuclear weapons. While Americans broadly support sanctions against North Korea and against Chinese banks and companies that do business with North Korea, they continue to have little appetite for overt military action," the report suggested.

The report comes less than two weeks after North Korea launched an intercontinental ballistic missile (ICBM) that fell into waters within Japan's exclusive economic zone. On July 4, the reclusive nation fired an ICBM for the first time. Analysts said a second ICBM had a range that includes major US cities such as Los Angeles and Chicago.

While the United States hails a new package of U.N. penalties that could cut a third of North Korea's exports, the sanctions themselves aren't the American objective. They're only a tactic for getting Kim Jong Un's totalitarian government to end its missile advances and atomic weapons tests. And there is little evidence to suggest this newest round of economic pressure will be more successful than previous efforts.

Nevertheless, President Donald Trump on Tuesday hailed the sanctions as necessary "to finally address the dangers posed by North Korea." He tweeted: "We must be tough & decisive!"

Whatever the economic pain on Pyongyang, Kim's government has expressed no interest in negotiating away its fast-growing arsenal of perhaps 20 nuclear bombs and the ballistic missiles needed to deliver them. For the young North Korean leader, the weapons are fundamental to the survival of his authoritarian regime, even if they deepen diplomatic isolation and bring even more extreme poverty for his long-suffering people. And the sanctions may not prove effective. The North has learned through decades of U.S. efforts at isolation how to circumvent commercial and financial restrictions, and reluctant powers like China and Russia have often proven half-hearted partners when it comes to policing their ally.