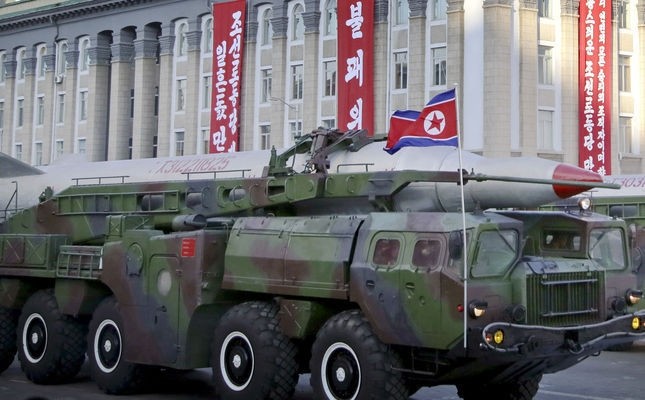 In this Saturday, Oct. 10, 2015, photo, what is believed to be an improved version of the KN-08 ballistic missile is paraded in Pyongyang, North Korea, during the 70th anniversary celebrations of its ruling party's creation. (AP Photo)
by Aug 09, 2017 12:00 am

North Korea said on Wednesday it is "carefully examining" a plan to strike the U.S. Pacific territory of Guam with missiles, just hours after U.S. President Donald Trump told the North that any threat to the United States would be met with "fire and fury".

A spokesman for the Korean People's Army, in a statement carried by the North's state-run KCNA news agency, said the strike plan will be "put into practice in a multi-current and consecutive way any moment" once leader Kim Jong Un makes a decision.

In another statement citing a different military spokesman, North Korea also said it could carry out a pre-emptive operation if the United States showed signs of provocation.